5 Most Secure and Private Messaging Apps for Android in 2023 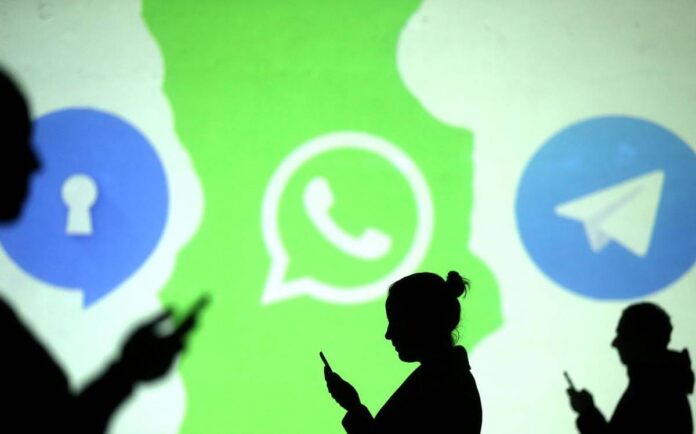 The popularity of messaging apps in Android smartphones has been increasing since their release. However, with time, there has been growing concern over these apps’ security and privacy features. As a result, new encrypted messaging apps are becoming popular.

The encrypted instant messaging apps promise to protect users’ privacy as they do not track or read users’ messages.

Also read: How to view WhatsApp status without them knowing

A message is called end-to-end encrypted if any third party, including the service provider, cannot access the messages from the servers.

In simple terms, only the people communicating with each other can read the messages. No one from outside, neither the government nor the developers, can access it.

Signal Private Messenger is an encrypted messaging app that became quite popular a few days after WhatsApp updated its privacy policies. The app makers claim that it is the most secure messaging app for Android that has advanced end-to-end encryption to secure all messages of Signal users.

Signal Private Messenger is entirely free and has a hassle-free user interface. One of the best things about this app is that this private messaging app is open source. Hence, anyone can check the app’s source code for any privacy doubts or flaws in the security system.

The app has several features like encrypted voice calls, group chats, media transfer, and archive functionality. Another good thing about the app is that it only collects users’ phone numbers as data and nothing else. It doesn’t require any PIN code or other login credentials. It also has the disappearing messages feature that makes messages vanish after a certain time.

With more than 500 million downloads on Google Play Store, Telegram is the most popular messaging app after WhatsApp. It doesn’t give third parties any access to users’ data. It uses a unique network of data centers to connect people throughout the world.

Telegram has several features such as secret chats, message sync across all devices, audio call, video call, media transfer, and bots. Secret chat is a function that self-destructs the messages across all the devices involved after the conversation is over. With Telegram, you can easily set up bots for specific tasks. The Telegram Web and desktop app allow users to send and receive messages from a PC.

WhatsApp is the most popular messaging app for Android. It is also a secure messaging app with end-to-end encryption that ensures only the sender and the recipient can read the messages. However, recently, WhatsApp has updated its privacy policy, and now Facebook will have access to all messages sent to WhatsApp business accounts.

Also read: How to Record WhatsApp Calls on Android

WhatsApp has user-friendly features like sending voice messages, photos, videos, GIFs, video calls, group chats, location sharing, disappearing messages, and many more. It also has a status feature where users can upload photos or short videos, which their WhatsApp contacts can view. The WhatsApp Web and its desktop app allow users to use the app from a PC to send and receive messages.

Viber is a cross-platform encrypted messaging app that provides end-to-end encryption services on all the available platforms. The app has a unique color-coded system to show how protected a conversation is – the grey color represents encrypted communication, the green color denotes encrypted communication with a trusted contact, and the red signifies an issue with the authentication key.

Besides being a messaging app, Viber has other features such as playing games, following public accounts, sharing your contacts, and media files, and many others. It has self-destructing Secret Chats plus a Hidden Chats feature for hiding chatrooms on a shared device.

Wickr Me is an encrypted messaging app for Android. It encrypts every message using advanced end-to-end encryption. A video-key verification system adds a new layer of security, with users verifying each other with short bursts of encrypted video.

Users can send private, self-destructing messages, photos, videos, and voice messages to their Wickr contacts. The app has several features, such as Shredder that irreversibly deletes all your chat and media content from your device. Expiration Timer allows setting a timer to delete your messages.

Wickr Me doesn’t require any phone number or email address while registering, and it does not store any metadata associated with your communication. Additionally, the app is entirely free to use, and it does not display any ads. The app only collects phone numbers, product interactions, crash data, and other diagnostic data.

These are some of the most popular and secure messaging apps for Android.

There are several other apps that claim to be more secure. However, they can’t be recommended because their user base is very small, and hence, the majority of your contacts wouldn’t be available on those apps.