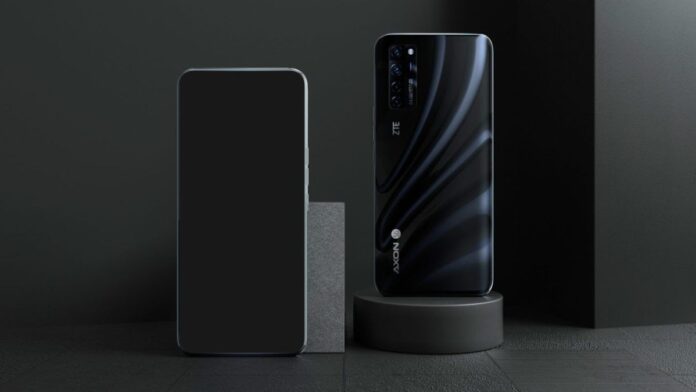 Chinese manufacturer ZTE has announced that it will launch a new smartphone named ZTE Axon 20 5G on September 1, 2020. It will be the first phone to feature an under-display selfie camera. This is a massive leap in the smartphone segment, and ZTE is ahead of competitors like Samsung, Xiaomi, and Oppo. They are working on the development of an under-display camera system.

In a tweet, ZTE has claimed that the Axon 20 5G will be “the world’s first under-display camera smartphone”. The company also shared an image of the phone in a tweet in which there is no visible hole-punch or notch for selfie camera on the front.

Last week, a ZTE phone was spotted on the Chinese regulatory body TENAA’s website. The phone was expected to be the ZTE Axon 20 5G, hinting at the expected specifications. The leaks indicate that ZTE Axon 20 5G will have a 6.92-inch (1080 x 1460 pixels) OLED display with an octa-core CPU. The phone is available in three RAM and storage options – 6GB/64GB, 8GB/128GB, and 12GB/256GB.

We hope to get more information about the world’s first under-display camera phone as we get close to its release date. Moreover, it is likely to release in China only, and there are no updates regarding its worldwide launch.

How to Remove Water From Phone Speaker

What is Vzwpix? Here’s everything you need to know

Apple Now Allows Self Service and Repair Starting With iPhone 12...