The Unfolder
HomeHow ToHow to run Windows apps on Mac 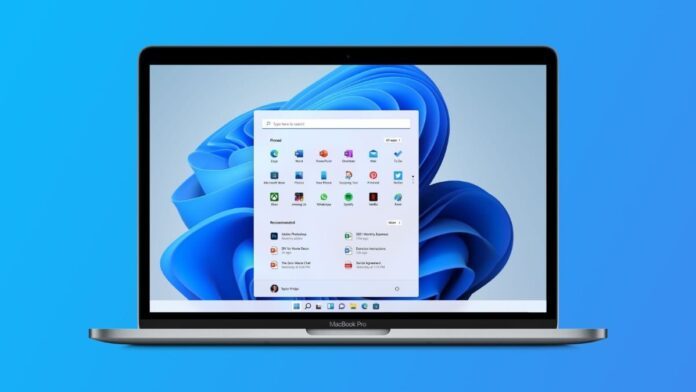 macOS can be really great for productivity-related tasks. However, there are still a few applications that require you to have a Windows computer to run them, such as Paint.NET and Notepad++.

What if you could run these apps on your Mac without having to buy a new Windows PC?

Also read: How to play Windows games on a Mac

In this guide, we will show you how to run Windows apps on macOS.

How to run Windows apps on Mac (5 ways)

The program offers over 30 tools that can help you simplify your tasks across both Windows and macOS.

It also lets you access your apps and files located on both operating systems.

You can run apps like Microsoft Office, Internet Explorer, etc.

It is compatible with different macOS versions, and you can easily copy-paste files from Windows and macOS seamlessly.

Parallels also lets you use the touch bar in Windows and works well with Apple’s proprietary Boot Camp utility.

VMware Fusion is a very versatile software that allows you to install different operating systems, such as Windows 11, Linux, ChromeOS, etc., on your Mac.

You can run any operating system on macOS without even needing to reboot. The program supports features like dark mode and Sidecar, so you can even use your iPad in conjunction with Windows.

Apple’s Metal technology support can be used in this program to support GPU-intensive tasks and games.

The Unity mode can be used to hide your Windows desktop so you can use Windows and Mac applications side by side.

Boot camp is an Apple proprietary feature that enables users to install Windows on their macOS device and easily switch between both of them. However, only one operating system can be used at a time, and you will need to restart your computer to switch between them.

It is similar to the dual-booting feature supported by Windows computers.

In order to use the Boot Camp feature, just download a copy of Windows 11 and let the program handle the rest.

It will assist in installing the operating system. Since Boot Camp is similar to dual-booting, you can enjoy much better performance since Windows will be able to utilize the hardware of your Mac to its full potential. This can be great if you are looking forward to running demanding applications on Windows on your Mac computer.

However, the inability to run macOS applications and Windows applications side by side can be a deal-breaker for some, as you can only use one operating system at a time.

Wine is a compatibility layer that derives its origins from Linux and allows you to run Windows programs on other operating systems such as macOS, BSD, and Linux.

The idea behind this program is to rewrite the code of applications so they can run smoothly on other operating systems.

With the help of Wine, you will be able to easily run Windows apps on macOS. However, Wine isn’t perfect, and you won’t be able to run all of the Windows applications, so expect to encounter some bugs when you plan to do so.

You can take a look at the Wine Application Database to find which applications are currently supported.

It is a great way to run Windows applications on macOS since you don’t actually need to install Windows, so you don’t need a Windows license to use the Wine.

CrossOver allows you to run thousands of Windows apps and games on macOS. Moreover, it doesn’t require any virtual machine or Windows license key, and it offers features such as keyboard shortcuts, copy-paste, mission controls, etc.

You can easily set up the program with an easy 1-click installation and use all of your Windows applications with ease.

If a program doesn’t work on CrossOver, then you can contact the developers, and they will make it work for you.

It is a paid application that contributes back to the open-source Wine project that it is based on.

With a starting price of $15.95, CrossOver is well worth the price since it utilizes the true potential of your hardware to run Windows on Mac, and you don’t even need to reboot to run Windows applications.

You can also try it before purchasing by downloading the free trial version of the software. Do check their list of compatible apps first before you decide to purchase.

These are some of the ways that you can use to run Windows programs on macOS.

You can take the help of the software mentioned to smoothly run any Windows applications and even switch between both operating systems seamlessly.

In case you have a spare Windows laptop or computer lying around, then you can use remote desktop software to control and access the Windows machine using your Mac computer. This will save you the hassle of doing things like dual booting or installing software that requires a Windows license.

We hope you find this guide useful, and in case of any doubts, feel free to ask them in the comments section below.