Broken screens are not only annoying but also costly to repair. It can sometimes be too expensive for some people to bear the cost. So, this becomes a great way to do pranks and scare your friends as no one wants their phone screens to be broken.

Well, it’s a prank, so definitely, you don’t want to break your friend’s phone screen. Then how will you pretend that you have broken the phone screen? Well, there is plenty of fake broken screen apps available that will make anyone wonder for a moment that the screen is actually broken.

Crack & Break it! is one of the most popular apps to prank your friends and family with a broken screen. It is available for both Android and iOS devices and has been in a lot of demand lately, with more than 500k downloads on the Play Store and App Store.

It not only provides a fake damaged screen effect, but it also includes some fun activities and games that you can play in the app.

The app also lets you break pictures, light bulbs and fluorescent lamps with some realistic sound effects. You can import a picture or portrait and break it into bits and pieces. The Crack & Break it! app offers many more features and options that you can try out and have fun with.

If you want to prank your friends by showing a fake broken phone screen, then this app has some fantastic illusions which you can use to trick anyone with ease.

You can use different methods of portraying a fake cracked screen through this app, and we are even provided with a realistic broken LCD effect to make it look more natural and convincing to the users.

You can set timers or motion-detected fake screen crack methods to prank your friends.

This app has been downloaded over 10 million times by users and has high ratings on the Google Play Store.

If you are looking for a cracked screen live wallpapers app, this application could be it. It has more than 100 realistic and 3D live wallpapers that you can use without an internet connection.

You just have to pick the right wallpaper that properly fits your screen and looks natural. This app also lets you choose custom wallpapers with adjustable cracks and breaks.

After applying the wallpaper, it will show up on your phone screen, and you just have to double-tap anywhere on the home screen to disable it.

If you want to deceive your friends with realistic looking cracks on the phone screen, you should try this application. Cracked Screen Prank app offers a wide range of options to make realistic and 3d cracks on your phone screen.

Have you ever imagined how your friends will react if they touch your phone and hear a cracking sound?

With more than 50 million downloads on Play Store, the Broken Screen Prank app is easily one of the most popular fake screen breaking apps.

This app outputs a broken screen effect with a loud cracking sound whenever anyone touches the screen.

You can choose between many different effects and apply the wallpaper that looks realistic on your phone’s screen.

Like many other apps on this list, this app also features broken glass sound effects to make everything look and sound more realistic. It is very lightweight and only takes about 4.7MB of your phone’s storage.

If you are looking for broken screen static wallpapers, then you should try out this application. It comes with tons of HD and 4K wallpapers that can be easily downloaded and applied on the screen. The app updates the wallpapers collection frequently, so you always get to try new wallpapers.

The only downside is that it has only static wallpapers, and sometimes they may feel unrealistic. However, someone can easily be tricked for a moment when looking at the phone screen with these wallpapers applied.

Phones hold great importance in our daily lives, and if something happens to them, we may get worried.

Ever thought of what would happen to a person if their phone screen gets cracked? Well, you can find it for yourself using these apps.

So next time you want to have some fun with your friends, use these fake broken screen prank apps to give them a free ride of a freak-out session, and you can also have a lot of fun alongside looking at their amazing reactions.

Best clipboard managers for Mac in 2022 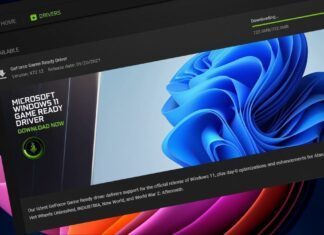