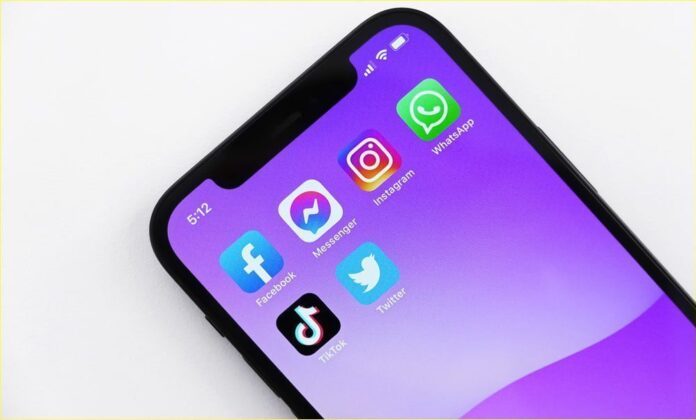 Snapchat is well-known for introducing most of the popular features, such as stories, disappearing messages, filters, and many more, which we find on other social media apps.

So, it can be challenging to find apps similar to Snapchat because no app has all its features. However, its features are available in parts in many other apps.

Also read: 5 Most Secure and Private Messaging Apps for Android

If you want to try out apps similar to Snapchat, then you have come to the right place. Here, we have created a list of the best Snapchat alternative apps for Android and iOS.

When you talk about Snapchat alternatives, the app which is closest to it has to be Instagram. Like Snapchat, initially, it was a photo-sharing app. However, it has added several features over the years and has become much more than just a photo-sharing app.

Instagram has messaging features with disappearing messages, just like Snapchat. It also has the “story” feature and the most interesting “filters” feature too. However, it has not reached the filter level of Snapchat yet.

But Instagram has introduced another feature called “Reels.” This is a new way to create short videos on Instagram. It also has an IGTV feature where you can upload or watch long videos.

Overall, Instagram has several features, some of which are similar to Snapchat, whereas some are additional features available on Instagram but not Snapchat. Hence, according to us, Instagram is one of the best Snapchat alternatives available for both Android and iOS.

You might have heard of the Marco Polo app as it has got more than 10 million downloads on Google Play Store and has been an Editor’s Choice app.

It is a social media app consisting of texting, video chatting, and private messaging, all in a single space.

You can send video messages to your friends, which they can watch later anytime, as the videos do not disappear after 24 hours, unlike Snapchat.

The app is ad-free and provides unlimited chat and group options. There are also many voice effects and camera filters which makes this app an excellent alternative to Snapchat.

The app has a Plus plan that unlocks various premium features, which makes it a great Snapchat alternative for Android and iOS.

Facebook is known for acquiring potential startups and making them popular. It had its eyes on Snapchat, too, and even tried to buy the app. However, Snapchat declined the offer and built its unique platform. Since then, Snapchat has been adding interesting features to its ecosystem.

Facebook has tried to copy the trends and implement the features in some modified ways across its owned apps – WhatsApp, Instagram, and Messenger.

Messenger has evolved a lot from just being a messaging app to having 3D masks, face filters, stories, and special effects, and it has gotten better over the years. Even if it is not the best app like Snapchat, it still has many similar features and a vast user base. Hence, you might find many of your friends here to have fun.

Wickr Me is a privacy and security-focused messaging app. It allows you to connect to your friends directly and through groups.

You can share encrypted text, videos, and images with a unique feature named shredder that permanently deletes all photos, videos, and messages. It keeps your Wickr ID anonymous to ensure extra privacy so that you can remain secure from unwanted people. Also, you don’t need a phone number or any email to use the app.

The only downside of this app is that it contains annoying ads. Wickr Me also gives you features like filters, stickers, and graffiti that you can apply in real time while taking pictures. So, this app is the go-to if you are looking for apps similar to Snapchat but with more privacy.

Kik is another messenger app that has become popular among teens.

It allows you to chat with your friends even if you don’t have their phone numbers. Each Kik user has a unique username that can be used to connect with other people.

The main advantage Kik provides over other messaging apps is that you can chat with strangers having the same interests as you through public chat. You can even create groups of your friends to chat and share pictures, videos, GIFs, games, and many more things.

Even if it is not the perfect Snapchat alternative, you will still enjoy chatting with friends and strangers having the same interests as you.

The app has been downloaded over 100 million times from Google Play Store, so it has a vast user base, and you will definitely find some new friends over there.

What are some unique features of Snapchat?

Being released as a photo-sharing app similar to Instagram, Snapchat has evolved over the years and gained popularity. It has brought several exciting features that can now be seen on almost every popular social media platform.

The concept of “stories” was started by Snapchat only. A similar feature is now available on Instagram, Facebook, WhatsApp, Twitter, LinkedIn, and almost every other social media app.

Snapchat has also introduced features such as disappearing messages and face filters, which have become hugely popular and can be seen in many other apps.

It also has lenses that use face-detection technology to overlay pictures and videos. It also gives various tools to edit media and share them on stories and with friends.

All these features integrated into a single app have made Snapchat a popular social media platform throughout the world.

You cannot find all of its features available in a single app. However, each app has its own special specialty, making it different from Snapchat and fun to use in their way.

So, you can try them if you are looking for apps similar to Snapchat, as these apps will keep you entertained with their unique features.

If you know of any other apps like Snapchat, then do write them down below in the comments. Also, share your thoughts about the app you liked the most from the above list.

How to monitor network traffic on Linux