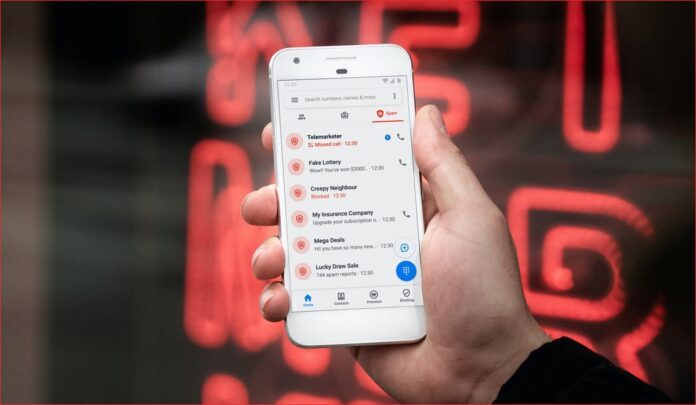 In today’s world, privacy and security are everyone’s priorities. It is a way to make life a bit less complicated. Also, it is necessary to safeguard from being prey to cyber fraud and crimes. For instance, there are situations where you receive calls from an unknown number, and it can be a spam call.

These calls can somehow also distract you; hence, it is beneficial to have some caller ID apps that can help us reveal the caller’s true identity to some extent.

With the use of such apps, you can easily know who’s calling you and from where. If it’s a spam call or anything like that, you’ll be notified on your phone’s screen immediately. Also, these apps can help you recognize a caller if you don’t have their number saved on your phone by any chance.

The features of caller ID apps might vary from one app to another, but the primary function of all these apps is to work as a caller ID to reveal the true identity of unknown phone numbers.

So, as you are already aware, there’s a massive list of caller ID apps for both Android and iOS. So, accordingly, we have picked the best one for you guys.

This is known as one of the best caller ID apps that have been around over the years now. Truecaller is compatible with both Android and iOS. It helps you track every type of call, like spam calls, business calls, telemarketing calls, and many others. You can also upgrade the functions of this app by purchasing the premium package.

It helps you avoid unwanted messages, too, as it has a dedicated messages section in the app. You can locate the user’s location easily and reveal the identity of the stalkers too, who’s been stalking your ID for over a day or something. It is one of the most popular and best caller ID apps. It has a massive user base of over 100 million.

However, there have been some issues regarding the privacy of Truecaller. Hence, many users are not willing to use Truecaller and want some alternatives to the app. Well, worry not, you can check out Best Truecaller Alternative Apps for Android and iOS.

Whoscall is another caller ID app for Android and iOS on this list. It provides excellent communication security with easy identification of unknown numbers and troublesome spam. The application has a built-in dialer. In addition to standard features, it provides a unique call interface to identify incoming and outgoing calls.

It has an SMS conversation page on which you can chat with anyone. You can also catch important messages and avoid unwanted ones. It blocks all spam numbers so that users do not receive annoying messages.

Whoscall has data on more than 1 billion phone numbers from the global community. The app has more than 70 million downloads globally. The application works both with and without an internet connection.

Hiya has a good security system that alerts you about spam phone numbers. You can also find an unknown number of messages in your messages. It also enables businesses to connect with their customers and provide information for the same.

It also has a reverse phone lookup feature that lets you perform a search on an unknown number to determine if it is a nuisance, fraudulent, or a legitimate caller.

Hiya is free and incredibly easy to use. It has a database of hundreds of millions of phone numbers, and millions of users use the app daily.

Mr. Number is a dialer to block unwanted calls as well as identify and stop spam calls. It prevents telemarketing from wasting your time and intercepts private and unknown calls.

Mr. Number also sends voicemails to numbers and provides quite decent messaging features. It also looks up in your call history for blocked numbers, spam, and much more.

Mr. Number puts names to numbers when dialing out. It can block calls from one person, an area code, or an entire country.

It is a small app in size and has more than 10 million downloads from Google Play Store.

Another alternative to Truecaller is Eyecon. This application provides a picture phone book that lets you know important details of the callers. It also learns your communication preferences for every individual contact in your phone book.

It’s a simple application for both calling and messaging and automatically matches contacts to pictures. You can see pictures and names of unknown calls and contacts in your phone book by clicking their numbers.

With Eyecon’s visual caller ID, you can know who you’re speaking to before answering the phone or dialing a number. Its unique reverse lookup feature shows you the caller’s true identity, including their Facebook photos and more.

Showcaller lets you instantly find who is calling you even if you don’t hold any information about the number. It specializes in identifying and avoiding spam, scam, telemarketing, and robocalls. The caller id works even in offline mode. It can identify most unknown calls and show detailed caller names and regions of the incoming calls.

If you have marked a number as spam, it won’t even let your phone ring when that number is calling or pop a message when the number is sending messages.

It also has a simple and smart call recorder. It can automatically record any incoming and outgoing calls from both sides. You can also manage your recording files, listen to them, add notes, and share them.

Showcaller also has a premium version. There are no ads, no limited search times, and it automatically blocks spam calls in the premium plan.

Showcaller has a database of a billion phone numbers and has more than 50 million active users. It needs very little space to run and is extremely fast and reliable.

Should I Answer? app automatically blocks calls from spam numbers and suspicious numbers. The best thing about this app is that it works without an Internet connection too.

As the name of this app suggests that before attending any unknown calls, you will be notified if it’s safe or not. It has a fully functional dialer app that will find all your contacts and call history too.

It is an easy-to-use and free caller ID app with over a million downloads on the Play Store with high user ratings, making it one of the best caller ID apps for Android and iOS.

It is a popular app for Android and iOS with over 5 million downloads from Play Store.

Over the past few years, cybercrime over scam calls has increased immensely. You might have received calls from an unknown number, asking for your data, acting as bank staff, as a marketer, or other. It becomes necessary to avoid such calls and texts.

So, keeping all these things in mind, one should always be attentive and take proper precautions while taking unknown calls. For that purpose, one must use one of the caller ID apps. These apps help you avoid such fraudulent calls and texts.

Check out the apps from the list, and do mention your favorite ones. What is the most amazing feature you liked, and what are the things you didn’t like? Mention it in the comments below!