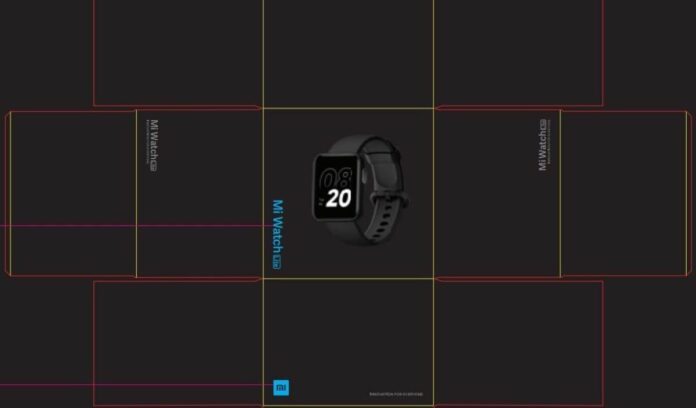 New wearable tech from the brand called the Mi Watch Lite has been approved by the Federal Communications Commission (FCC).

The FCC listing has revealed vital specifications and designs of the device. In September, the device was approved by the UL (Demko) authority. Xiaomi could soon launch Mi Watch Lite with the model number RedmiWT02.

Mi Watch Lite will have a square-shaped screen, compared to other Mi Watch design’s that sport a circular dial.

Among other information, the FCC documents have images of the retail package of the Xiaomi Mi Watch Lite.

The front side of the package has an image of the smartwatch. It shows that the device features a square-shaped display.

The backside of the package reveals that the model number is REDMIWT02. The MIIT authority approved a variant of the device with a model number REDMIWT01 of China. A tipster had claimed that the device would be launching in China as the Redmi Watch.

As mentioned earlier, the watch will have a square-shaped screen. Xiaomi Mi Watch Lite will also support screen auto-brightness that will use the ambient sensor to adjust the brightness levels depending on the surrounding light.

The device is equipped with multiple fitness modes. The certification website does not reveal these modes, but we can expect Mi Watch Lite to come with fitness modes like cycling, walking, running, etc.

The Mi Watch Lite carries support for a 24-hour heart rate monitor and a built-in GPS.

It is a 50ATM water-resistant device, which makes it possible to support swimming stroke recognition.

The device is backed by a 30mAh battery that supports 5W charging and will be compatible with devices running on Android 4.4 & above and iOS 10 & above.