The Unfolder
HomeMobileWhere are Samsung phones made? It's more than one country

Where are Samsung phones made? It’s more than one country 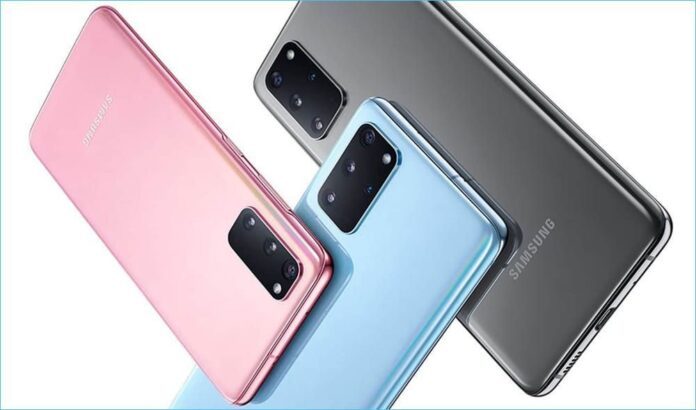 The smartphones market has witnessed a high growth rate in recent years. Companies like Apple, Samsung and Xiaomi are dominating the market. The demand has led to a rise in manufacturing capacity and R&D of mobile phones.

However, in the early 90s, only two companies were ruling the market – Nokia and Motorola. They were the trend those days as people were switching to cordless and handheld phones.

The mobile phones market flourished as time passed. First came keypad phones in the 90s, and a few years later, Apple introduced the first iPhone in 2007.

However, when Android phones first came into the picture, Samsung mobiles phones saw a massive jump in their popularity. Now they hold a significant global market, indicating the popularity of their Android phones.

Also read: Where are iPhones made? It’s not where you think

The Apple iPhones are one of the largest smartphone platforms, but many people can’t afford them due to their high price. So, the next go-to brand is Samsung, as it has built a reputation over the years. Samsung is the most significant competition to Apple and is preferred over the same by many. It follows both cost & differentiation strategies, which makes it easier for people to choose accordingly.

So, whenever a person plans to buy a phone, at least one Samsung phone will definitely be on the list of preferences keeping all the factors in mind.

Where are Samsung phones made

Samsung is one of the most popular smartphone brands. Hence, sometimes you might be curious to know how and where are Samsung phones made. Well, it is not one place, so there is no exact answer. But worry not, we are going to answer your question. So, keep reading this article, and you will be amazed to know some interesting facts about Samsung phones.

South Korea is the birthplace of Samsung. The company started from a small country has now expanded its business all over the world. You can get the idea of this from the fact that only 8% of Samsung’s devices are now manufactured in South Korea. This 8% of devices are just sold in the local market itself, including Galaxy S Series & now, the latest Samsung Foldable Phones.

Also read: How to Take Screenshot in Restricted App on Android

For the international waters, the home country distributes less than 10% of its manufacture. So, if you do not belong to South Korea and use a Samsung phone, you are using a phone from a company from South Korea but not made in that country. This fact is enough to understand the expansion Samsung has undergone.

Vietnam is actually the country where Samsung produces most of its products. This is the most significant manufacturing country with approximately 50% shares. There are six factories in the northeastern province with around 16,000 employees. The company is also adding another factory to the facility as they announced a new $3 billion Smartphone factory to rival the competition of emerging smartphone brands. As a result, the percentage of manufacturing is going to increase further.

Although Vietnam is not a great market for Samsung in terms of number compared to other countries, most products are still manufactured here. It is so because this country provides cheap labour and other favourable things, which decreases the cost of manufacturing the products. So, the majority of the Samsung phones made here are exported only. If you are in North America or Europe, you will most probably get a Samsung phone produced in Vietnam.

India holds the biggest and most significant mobile phone manufacturing unit of Samsung based on the production capacity. Like South Korea, most of the production from the Indian Samsung factories are sold locally. In a way, it is suitable for the local people as the country has huge import taxes.

The most popular phones in India are the Galaxy M & Galaxy A series devices; hence, these devices are manufactured at higher rates. In 2017, Samsung also invested $600 million into the Indian factories to double their smartphone production, and as a result, about 120 million Samsung phones are made annually.

You would think China is one of the biggest manufacturers of Samsung phones; after all, China is the global hub. But the scenario is different as Samsung has cut ties and terminated all the manufacturing operations with China from October 2019. It was due to the significant drop in sales and more people’s preference towards their local mobile manufacturing companies. Therefore, it made no financial sense for Samsung to manufacture their goods in China and hence, no Samsung phones are made in China now.

Set up in the year 1999, Samsung has its production unit in Brazil and Latin America too, with more than 6000 workers employed at the factory. Most of the Samsung phones made here are sold to all of Latin America. Brazil has a high import taxation policy, so it offers a good chance for many companies to use this law in their favour. Samsung, too, uses this law to offer its products in the country at a competitive price.

Samsung also set up its manufacturing unit in Indonesia in 2015, and it has turned out to be quite profitable for the company. Just like South Korea and India, the products are sold mostly locally. About 800,000 phones per year are manufactured in Indonesia are sold mainly in the country itself, generating huge profits.

Samsung has been manufacturing in Taiwan since 1994, making it one of the oldest manufacturing factories of the company. It produces 600,000 units in Taiwan per month, and the rates have grown steadily, showcasing the higher demand with the passing time. The most prominent Samsung phones made in Taiwan are the Galaxy Series & the Galaxy Note Series.

Well, the manufacturing train of Samsung has come to a halt in Turkey. But the manufacturing unit has not been yet set up here. At the end of May 2021, Samsung announced a new manufacturing unit for making phones in Turkey as well. Keeping in mind the financial sense, this is a great investment plan as Turkey holds up to 43% of the market share. “The factory in Turkey will produce products for the local market. No decision has been made about exporting them.” – a company official said.

After going around the world and knowing about all the manufacturing locations of Samsung, aren’t you surprised? Only 7-8 countries are producing most Samsung devices. However, their devices are being used in almost every country of the world. Well, that’s how Samsung has planned its manufacturing factories based on the cost of production and other favourable conditions.

So, if you are holding a Samsung, you are holding a culmination of components manufactured in different locations around the globe. That is quite an interesting thing. Do share your thoughts below about how you feel after knowing where are Samsung phones made.