The Unfolder
HomeHow To 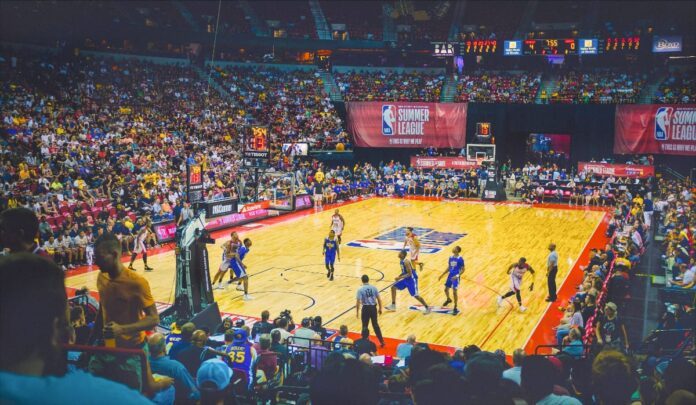 NBA is here, and if you religiously follow the sport, you don’t want to miss out on all the fun.

However, cable TV becomes costly, especially if you want to watch only one or two channels to see your favorite team play.

Your best way to save some cash and still watch basketball is either by purchasing an antenna or by subscribing to some streaming services online.

To watch NBA, you need only selected channels. The primary channels you need to watch basketball games are ESPN, ABC, and TNT. Even if you have any two of these channels, you are all set for national games.

However, in order to watch your local games, you will need access to your regional sports networks (RSNs). In the list below, we have listed the best options for both national and regional broadcasts.

Purchasing an antenna could be your best bet if you don’t want to spend much and simply want to watch a couple of games. An antenna is cheaper as it is a one-time price that you pay. Simply get one, set it up, and scan for the available channels.

You are likely to get limited channels, but it will do the job if you are a casual basketball fan. It is also great if you want your parents to watch the NBA games as it’s super easy to start – Plug and play, albeit there’s some setup needed initially.

Interestingly, you get ABC for free on the antenna.

Now, there are several antennas available in the market. Flat tv antennas, which are indoors, are cheaper and may get you just what you need.

Rooftop or outdoor antennas, on the other hand, are usually great as they offer a fairly good signal but are expensive and consume more space. Mohu leaf, Winegard, and Antennas Direct DB8e are some of the options you can check out.

NBA League Pass is NBA’s official streaming pass that allows you to watch all the national NBA games. There are three different plans here:

NBA League Pass ($99.99/season)- Nationally broadcasted games and commercials can stream on 1 device at a time.

NBA Premium League Pass ($129.99/season) – With this pass, you can watch national broadcasts. It shows in-area feed instead of commercials and lets you stream on 2 devices at a time.

NBA Team Pass (89.99/season) – It allows you to watch games of a single team that you select.

Unfortunately, all of the games on NBA League Pass include out-of-market games, which means no local broadcasts.

If you don’t want the hassle of setting up an antenna, you can get a Sling TV subscription. This method of watching NBA games without cable TV is way too convenient. All you need to do is subscribe to the platform and watch the games with the help of the internet.

What’s great is that you can watch games anytime and anywhere, on your phone, laptop, or smart TV. Sling TV has three different plans. The basic Orange plan gets you ESPN and TNT, whereas the Blue plan allows you to stream on up to 3 devices at once.

Overall, Sling is more cost-effective than other streaming platforms in this list.

Fubo TV is one of the online streaming services that you can opt for and stream national broadcasts. It has ESPN and ABC in the $69.99 per month plan. FuboTV lacks TNT, though, but you get some RSNs like NBC Sports Bay Area and NBC Sports California.

If you want NBA TV, you can get the Sports Lite add-on by paying an extra $11 per month.

Hulu is on the premium side, costing $69.99 per month. It has ESPN, TNT, and select local networks. It does offer you national broadcasts, but RSNs aren’t widely available here.

If RSNs are what you are looking for, DirecTV STREAM might be a good choice for you.

DirecTV STREAM is another streaming service for watching NBA games. But unlike others in this list, DirecTV STREAM allows you to watch local games. It gets you RSNs giving access to NBC and Bally.

The service also has ESPN, TNT, and NBA TV. It costs $89.99 per month (CHOICE plan) and has unlimited DVR, which can be kept for a period of nine months.

YouTube TV is your best bet if you want everything basketball. It costs $65 per month and offers ESPN, TNT, and NBA TV. The service also has unlimited DVR.

Interestingly, there are select local channels as well in the aforesaid pricing. YouTube TV is all you need if you want to stream all national NBA games.

These are some of the ways of watching NBA games without cable. To summarize, an antenna is great for casual streaming and if you are on a tight budget. Next comes Sling, which is the cheapest for online streaming of NBA games.

DirectTV STREAM is a good choice for RSNs and national broadcasts.

If you want a premium experience, you can try Hulu Live TV, FuboTV, and YouTube TV.