Can I Use Ethernet and WiFi at the Same Time? 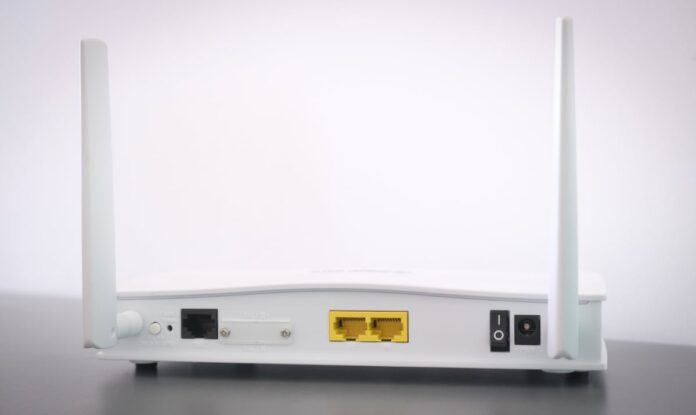 Yes, it is definitely achievable, but before you can make it happen on your personal or workplace computer, you may need to examine a few points. You must know the differences between the two and also how they interact in order to decide whether it is possible to link to WiFi and Ethernet simultaneously and how to do it.

Ethernet is typically linked using an Ethernet cable that runs from your modem to your computer. The modem modifies the signals that are sent over the broadband lines, enabling you to connect to the internet. People prefer to use ethernet cables over a mediocre WiFi connection since they are typically faster and more dependable. They also tend to be the most economical way to connect to the internet, given that you can manage multiple cables and wires.

Is Ethernet quicker than 5G?

The most recent mobile data platform, 5G, offers the fastest mobile network speed. But because Ethernet is a wired connection and is consistently chosen for large operations, it’ll always be speedier.

In this emerging technological era, it’s all going wireless, and WiFi is a terrific option for internet connectivity. With no wires needed, it enables you to enjoy fast and efficient internet connectivity on several devices simultaneously. Although it may seem like a fantastic deal for everyone’s office or home systems, it is not completely true.

Installing a WiFi router along with your internet line is essential to set up a WiFi connection. A router serves as both a modem and a transmitter, creating a WiFi network in a defined area around itself.

When there are multiple devices connected to one network, WiFi might become slow or experience connectivity troubles, depending on how close you are to the WiFi router. This is one of the reasons why you might need to go for a blend of Ethernet and WiFi.

Can Ethernet & WiFi be used simultaneously?

If your internet connection is poor, you may have thought that using WiFi and ethernet simultaneously on your computer or laptop could speed up your connectivity. Ethernet and WiFi are both great ways to connect your device to the internet individually, but how about using both at once?

You can utilize ethernet and WiFi simultaneously, but doing so won’t make the connection any faster than having just one kind of connection. This happens because the data originates from the same origin, which happens to be the router. Therefore, the router’s maximum speed is what determines the connection speed.

Understanding how ethernet and WiFi operate and what speed restrictions apply will help you choose whether to utilize a WiFi network, an Ethernet network, or both at once to obtain the optimum internet speed.

How can WiFi & Ethernet be accessed together?

Ethernet and WiFi can be used at the same time on a system. You will need to arrange your configuration to connect to Ethernet and WiFi simultaneously, depending on the type of operating system (Windows, macOS, Chrome OS, or Linux).

You have to begin by setting up the ethernet cable between your computer and router. Once an ethernet connection is established, you can go ahead and enable the WiFi connectivity as well. The system probably only uses a single connection at a time by default.

In order to link both types of connections, you’ll need to have a dedicated configuration in order to run an internet connection simultaneously. Setting up a configuration that runs WiFi and Ethernet at the same time could become a troublesome task.

The different connection types may try and compete with each other, which might lead to poor connection stability. As a result, while trying to increase the connection speed, you may end up slowing it down.

Why Using Ethernet and WiFi Won’t Make Your Internet Faster?

Your internet will not get faster even if you simultaneously use ethernet and WiFi. The data speed of your router, the upstream data rate, and in rare situations, even adverse weather might affect internet speed.

How Does Combining Ethernet and WiFi Slow Down Your Internet Speed?

When using ethernet and WiFi simultaneously, your internet connection may be slowed because the router’s data frames may be duplicated, mixed, or received by the computer in the wrong sequence. The information won’t be properly processed by your computer, and the internet speed will become lethargic.

The best approach to maximize your internet speed is to stick with a single Ethernet or WiFi connection. You might not be able to send or receive data at maximum speeds if you have an older router, an older laptop, or both.

However, connecting the ethernet wire could help you achieve a faster internet speed. However, it should be kept in mind this boost in speed does not originate from the combination of ethernet and WiFi. The increase in speed is because of the ethernet connectivity, as it provides a much more stable connection than its WiFi counterpart.

Are there any Softwares that can help in combining Ethernet and WiFi Connections Technically?

Your computer may simultaneously connect to Ethernet and WiFi using specialized software. This only functions, though, if the WiFi and ethernet networks and routers are truly independent. You cannot browse the internet more quickly by using both ethernet and WiFi to connect to the very same network and router.

These kinds of software can help you link the Ethernet and WiFi simultaneously and increase your internet speed significantly. However, since all of your web activity must pass through this kind of software, which functions similarly to a VPN, it may reduce connection speed. Technically speaking, using the software, you may speed up your internet.

Is it possible to increase speed by using two different WiFi networks at once?

You might be able to enhance your data speeds if you use the specific software to connect your computer to ethernet via your home router and a WiFi router that’s in another room or floor. However, the amount of data that your computer can take in at once is constrained. So the download speeds may vary according to your PC or laptop specifications. It is very difficult to combine two WiFi network connections into a single network owing to the protocols. You will always find that the ISP’s pipeline has a cap on it.