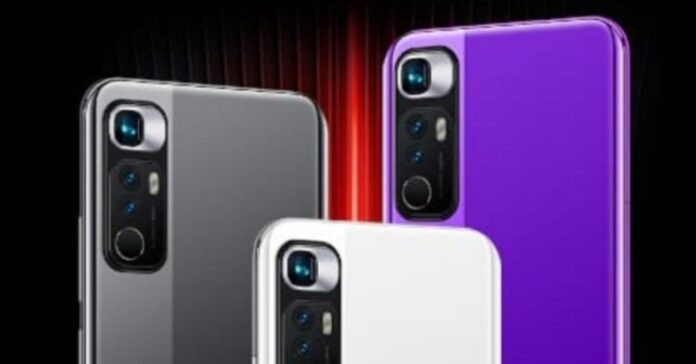 Gionee has officially announced its entry-level Gionee K10 smartphone in China. The device offers a big 6.8-inch display, a 13MP rear camera, and a 4,800mAh battery. Take a look at the price, full specifications, and features of the newly launched Gionee K10 smartphone and find out what it has in store for us.

Under the hood, the Gionee K10 is powered by a quad-core UNISOC Tiger T310 chip which is paired with up to 6GB of RAM and 128GB of internal storage.

On the rear side, the device features a 13MP primary camera. Additionally, the render appears to have a triple-camera setup. On the front, it has a 5MP front-facing camera.

Coming to the battery of the device, the Gionee makes room for a large 4,800mAh battery, which has scope for up to 10W charging speed over a micro-USB charging port.

It has a 3.5mm audio jack and features dual SIM support with 4G connectivity. Other than that, the device also features a rear-mounted fingerprint scanner.

Thank you for sticking with us all the way to the end of this article! What are your thoughts on the Gionee K10 smartphone? Do let us know in the comment section down below.