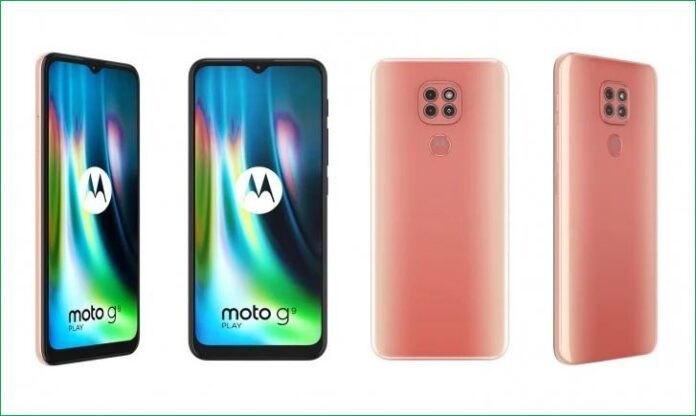 Motorola launched a new phone in its popular G series in India. The new Moto G9 was launched on 24th August. This mid-range phone, which costs Rs 11,499 in India, has been launched globally as Moto G9 Play. It comes with the Snapdragon 662 processor, a triple camera system, and a 5000mAh battery that supports 20W fast charging.

The front side has a single 8 MP sensor with f/2.2 placed on the waterdrop notch.

It has a single loudspeaker at the bottom, a 3.5 mm headphone jack, and 2 microphones for audio.

Moto G9 Play is only one variant that offers 4GB RAM and 64GB internal storage, which is expandable up to 512GB with microSD.

For security, it has a rear-mounted fingerprint scanner and face unlock feature. It has a dedicated Google Assistant button on the side.

The smartphone has a plastic back and comes in three colour options – Spring Pink, Sapphire Blue, and Forest Green.

The Moto G9 Play costs €169 in the European markets, whereas it is expected to be around $155 in other regions.