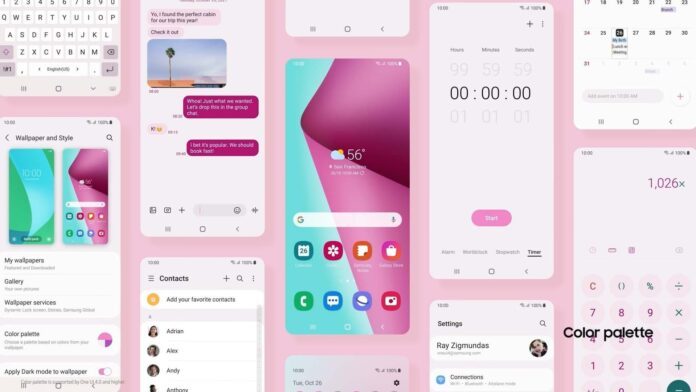 Android 12, the next generation of Android that promises loads of design changes since we saw Material Design back in Android 5 Lollipop, is now official. Already, Google’s own Pixel devices have bagged stable builds of this, much to the delight of owners.

As expected, the spotlight now shifts over to other OEMs who are working to push their skinned versions of Android 12 to their eligible devices. Many of these, including Samsung, Xiaomi, and more, are set to release their Android 12-based builds before the end of the year.

In that regard, we have seen some decent progress from Samsung, and at the time of writing, the Korean tech giant had wrapped up the beta program for its current flagships, the Galaxy S21 series of devices.

Now, it is coming to light that the company is now shifting focus to its foldables, the Samsung Galaxy Z Fold 3, along with the Galaxy Z Flip, with the commencement of the Android 12 One UI 4 Beta program.

These updates also bring all of the new features included in the stable Android 12 codebase to the Z Fold 3 and Z Flip 3 devices. Important to note is that this isn’t exactly for every Samsung Foldable device owner. For now, this beta is limited to users of the aforementioned devices in South Korea and India.

The Android 12 Galaxy Z Fold 3 and Z Fold 3 beta program for these foldables is said to focus on enhancements to the foldable experience and should begin very soon. Samsung is expected to launch the stable One UI 4 before the end of the year.