The Unfolder
HomeAnnouncementsApple Now Allows Self Service and Repair Starting With iPhone 12 and... 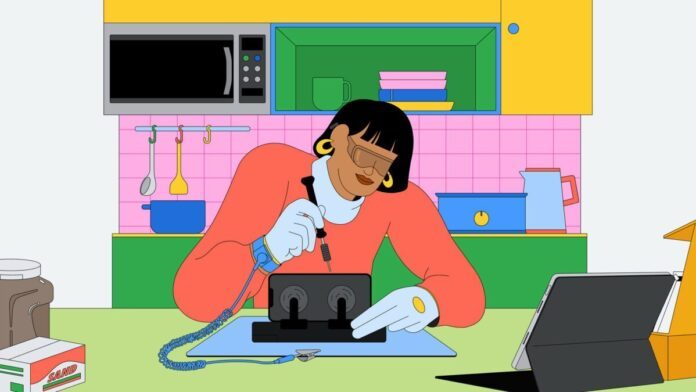 Here’s the thing, Apple as a company is very stingy when it comes to allowing users to do their thing. The company’s ‘we know the best’ attitude hasn’t exactly sat well with many users. The tall-walled ecosystem garden is lavish and all, but the company goes to great lengths to keep users locked in.

For a long time now, Apple has gone out of its way to make repairs of its devices impossible for the normal person, let alone a repair shop. They’ve usually done this by using unique screws, not making replacement parts available, and in some instances, pairing hardware from the factory, so while you might get an identical, original part, it just won’t work after replacement unless Apple does it.

The past few years have seen a rise in the right-to-repair movement that goes to compel OEMs to make the repair of their products easier and accessible to more users. Basically, users want to own their devices after purchase so they can do whatever they want without having Apple or other OEMs tether them post-sale.

In what can only be seen as a massive win for the right-to-repair movement, Apple has announced a Self Service Repair program, one that should see Apple provide necessary tools and materials to users who are ‘comfortable with completing their own repairs.’

Self Service Repair will be available early next year in the US and expand to additional countries throughout 2022. Customers join more than 5,000 Apple Authorized Service Providers (AASPs) and 2,800 Independent Repair Providers who have access to these parts, tools, and manuals.

While this is a noble initiative for the customer, there is a catch. As a start, this program will only support a few repairs, including the iPhone display, battery, and camera. But to be fair, these are some of the most common repairs anyway, so many users should be sorted with this.

Apple further adds that soon, the currently supported iPhone 12 and 13 series will be followed by Mac computers featuring M1 chips. This Apple Self Service Repair will be available early next year in the US and expand to additional countries throughout 2022.

“Creating greater access to Apple genuine parts gives our customers even more choice if a repair is needed,” said Jeff Williams, Apple’s chief operating officer. “In the past three years, Apple has nearly doubled the number of service locations with access to Apple genuine parts, tools, and training, and now we’re providing an option for those who wish to complete their own repairs.”

However, this is Apple basically going ahead of regulation, telling their story first. As there are a number of legislation coming down the pipelines, regulations will compel OEMs like Apple to allow users to repair their own devices. Either way, this is a massive win for Apple device owners, and we can only hope to see Apple follow through with this over time.

Are you excited about this Apple Self Service Repair program? Tell us in the comments section below.