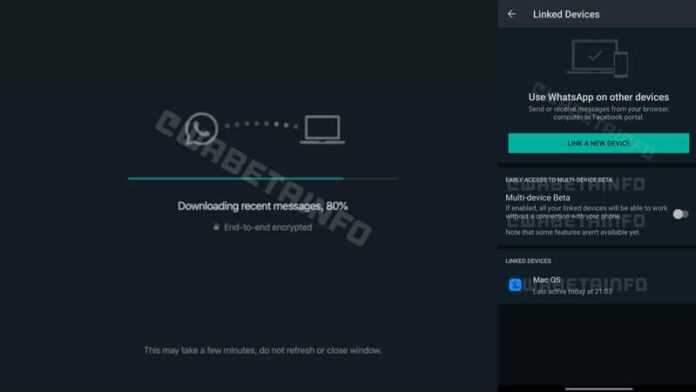 One of the essential features for apps that WhatsApp users miss is the multiple device support feature. However, WhatsApp has known the importance of multi-device support and has worked on it for quite some time.

This feature will allow the users to use the same WhatsApp account on multiple devices simultaneously.

The good news is that this feature is in its last development stage, and it is expected that the stable version will roll out soon.

With this feature, WhatsApp users will use the same account on 4 devices simultaneously independent of each other.

According to WABetaInfo, after the multi-device support feature is introduced, WhatsApp will ask for a verification code that the users have to set beforehand.

The mobile app will also notify the users that the registration code has been requested for your account. In some screenshots shared by WABetaInfo, we got a glimpse of this notification feature.

It is also expected that WhatsApp will introduce a new UI for the desktop version for the multi-device support feature.

In the app, this multi-device support feature will be available under ‘Linked Devices’. By using it, users can link their WhatsApp account to a new device and will also be able to see the list of devices linked to their account.

While it is in its final stage, still there is no official announcement regarding its roll-out date.