Chrome 91 is 23% faster & has some exciting tools for developers 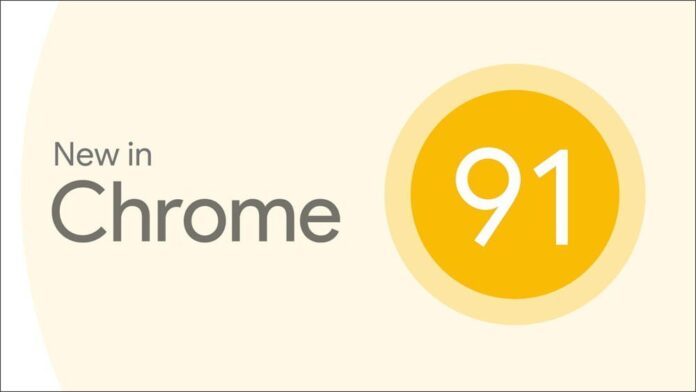 Google Chrome 91 update brings some important improvements for Chrome on Android smartphones and tablets and some bug fixes for Chrome on Linux, Windows and macOS, specifically proclaiming that Linux support is now official for Chrome OS.

Chrome 91 (stable) is a security and feature update that is being rolled out automatically to all devices the browser is installed on.

According to the company, Chrome 91 is 23% quicker than the previous version, following some elementary changes and Sparkplug’s integration into V8’s JavaScript pipeline. Here is a look-in into the latest version of Google Chrome.

This release has several provident improvements, some of which can help advance your flow and work efficiency, particularly with web apps.

A new API for interacting with files: Web apps can now read files from the clipboard. A principal feature of Chrome 91 is that it enables support for pasting files stored in the operating system’s clipboard. Chrome users who want to upload files could use a file browser or drag & drop.

The facility to paste files that are stored in the clipboard adds a new option to this. Use Ctrl-V to paste the file information, and the site will accept it readily.

This feature has been available in Safari since 2018, but it does not provide unrestricted access to the clipboard.

One can suggest the location and name of a file/directory associated with it. This can be done by passing a suggested name property as a part of the show file picker selections. A similar process goes for the default starting directory.

The V8 engine administers over 78 years worth of JavaScript code daily. Chrome is now 23% faster with the launch of a new Sparkplug compiler and short built-in calls in M91, saving over 17 years of users’ CPU time every day!

Chrome 91 is also launching back a feature similar to the RSS Google Reader platform. All fresh content will appear in a ‘Following’ section when a new tab is opened. An option in the menu now allows you to follow a website.

Now the Users will not need a sidestep as the bug breaking the mouse cursor and some GUI elements in Linux/Crostini apps has been fixed with the newest Chrome OS 91 update.

For Chrome 91 on Android, Google will suspend inactive tab groups. However, tabs with critical background processes running will be spared.

How to update to the latest Chrome 91

Desktop users can run a manual check for updates to install the new browser version running on Chrome on Windows, Linux or Mac systems, whereas the Mobile users might need to wait for the update to be available for them.

Here is how desktop users can update to Chrome 91

Open Chrome on the desktop and select Menu > Help > About Google Chrome to display the installed version and launch an update examination. Chrome will automatically find the new version, download it, and install it on the device. Finally, a restart is required to complete the upgrade.