The Unfolder
HomeGaming9 Best Soundboards for Discord in 2023

9 Best Soundboards for Discord in 2023 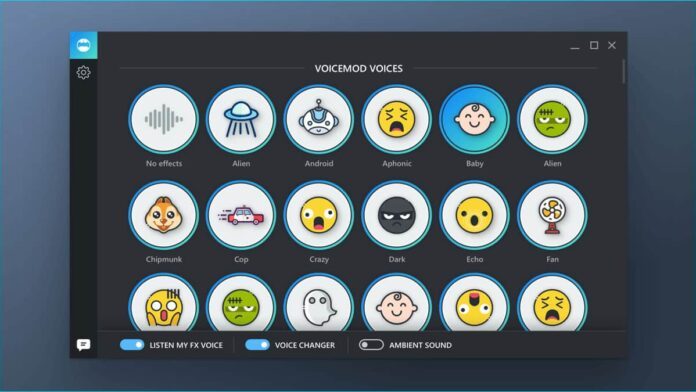 Discord servers are one of the best places for gamers to join and hang out together with the team.

It makes communicating with your friends and teammates easier with the help of text messaging, video and voice calls, media sharing, direct messaging, etc.

If you have ever used Discord for voice calls while playing games, then you must know how fun it can be to use bots and soundboard apps on your servers.

Using these apps, you can prank your friends with hilarious sound effects and tunes. Soundboard apps also allow you to assign hotkeys for sound effects that you can frequently use with just a press of a button.

So, if you are looking forward to having fun on your Discord servers, here are the best soundboards for Discord you can use. The list contains both free and paid apps.

How does a Soundboard work?

These apps come with built-in effects that you can directly apply to your voice and make your voice sound totally different.

Many of these apps can also trigger sounds and music effects with assigned hotkeys.

No doubt, it gives editing voices a big heads-up. These apps are usually free to use, but there are paid options available that come with some extra features.

So, if you are looking for the best soundboard apps, then here’s a list you can use.

Here are some of the best free and paid soundboards you can use on Discord servers.

If you are looking for a free and feature-rich soundboard for Discord, you should try out the Resanance app. This is one of the best free soundboard apps due to its handy features, including access to numerous sound effects and different editing techniques.

The app lets you play audio through multiple devices at a time.

It also lets you adjust the volumes directly through the control panel. It can play MP3, WAV, FLAC, and Ogg audio files.

Resanance works on Windows 7, Windows 8, and Windows 10. However, there’s no support for macOS and Linux.

Out of all the apps on this list, Clownfish Voice Changer comes with some amazing features and works on almost all devices using its handy Google Chrome extension.

This soundboard app comes with a built-in media playlist, which lets you conveniently add audio and sound effects of your choice.

It is a free application that comes with some amazing sound effects like humans (different ages and gender), animals, birds, “aliens,” and more.

It works on Windows Vista, Windows 7, Windows 8, and Windows 10. You can also use its Chrome extension to change your voice online.

Clownfish Voice Changer app offers two free plugins, including push-to-talk and soundboard (hotkey manager), that make voice calling a lot of fun. And the best thing about this app is that it supports all types of file formats.

Voicemod is one of the best and most modern-looking soundboard apps for Discord.

It has a good collection of sound effects, which is updated every month. It also receives regular software updates for the free and premium versions.

Voicemod lets you assign custom hotkeys, and you can choose from a list of amazing sound effects to use for your soundboard.

There are very limited sound effects available in the free version. However, you can upload and use your own custom sound effects in your dedicated soundboard section.

The free version is sufficient for most users. However, if you want to access additional sounds, custom voices, voice lab, plugins, and more, you have to buy the premium version.

JN Soundboard is a free and open-source application that comes with a lot of interesting features.

It lets you add your custom hotkeys, and you can do a lot of things using them.

You can add multiple files to the list and play a random sound out of them using a hotkey.

The app allows you to restrict hotkeys and only play sounds when a certain window is in the foreground.

It lets you assign hotkeys that stop currently playing sounds and hotkeys for push-to-talk.

You can save and export your custom hotkeys to an XML file and later import the file using your assigned hotkey.

The app supports microphone loopback and text-to-speech features as well.

Soundpad is a paid soundboard app for Discord that comes with some extra features compared to other free options.

It lets you modify audio and your actual voice to a fake one. It also gives you the option to record and edit audio through the app itself.

You can test out the app’s trial version and ensure that it works on your computer before buying the full version.

Soundpad works on Windows 7, Windows 8, and Windows 10. However, there’s no support for macOS and Linux.

Morphvox Pro is a paid soundboard app for Discord that offers some pretty amazing features.

It comes with a huge library of sound effects and voices that can be mapped to your desired keys.

The app’s interface is also quite decent when compared to other apps on this list.

It comes with a voice editor and voice morph tool and also lets you compare different voices.

It also has some pretty amazing background effects and noises that you can use on voice. You can also install and use plugins in the app.

It has a free trial version that you can try out before purchasing the full version.

If you are looking for a feature-rich soundboard app that comes with a huge library of sound effects, then you can’t go wrong with the Voxal Voice Changer app.

One of the main features of this app is its voice effects, which can be applied to your voice and existing audio files. You can also create custom sound effects in the app itself.

The app works with almost every application. You just have to make sure the recording device is set to “Voxal Virtual Audio Device,” and you are good to go.

You can use the application for free for your personal work. However, if you want to use it for any commercial purposes, you have to register and get a license to continue.

AV Voice Changer is one of the most powerful soundboards for Discord.

It comes loaded with some amazing features, and you can do almost anything with your voice using the app.

The editing options are endless, which makes this tool super powerful for voice editing needs.

It lets you record your voice directly in the app, and later you can edit or morph the recordings.

You can also import any recordings or sounds that you want to edit into the app. It supports almost every audio file format.

It has a free trial version that you can try out before purchasing the full version.

If you are looking for an easy-to-use soundboard app for Discord, you should check out the EXP Soundboard app.

It comes with a decent collection of sounds and offers all the basic features for your soundboard requirements.

The app’s interface is pretty straightforward, and it lets you easily set hotkeys for sound effects.

You can also save your soundboards for later use. It comes with a converter tool that can convert any audio file into a compatible one.

The app is free to use and only works on Windows OS.

Soundboards usually help a lot while playing games online with your friends or while live streaming.

There are many soundboards available for Discord. All of them usually share the same purpose, and their basic features and functionalities are almost similar. Hence, it becomes easy for users to understand and use them on any platform or operating system.

So, we hope this article might have helped you in one way or the other. For more updates, stay tuned! And also, let us know about your favorite soundboard app or the one you have decided on from the list.

Best clipboard managers for Mac in 2023