The details of the whole case are a little complex, but the gist of it is that Apple didn’t like that Epic was selling in-game merch to users directly, thereby bypassing Apple’s payment solution, which attracts a rather hefty ‘convenience fee.’

The case dragged on for many moons, and in September, the Epic vs. Apple ruling was revealed, and in it, it was apparent that Apple must allow App Store devs to redirect users to other payment systems. Basically, Apple lost the case.

The giant tech company, however, wasn’t going to take the ruling lying down. The company went to court asking for a stay order. As fate would have it, Apple’s request for a stay in the Epic vs. Apple legal battle has been denied.

With this, the December deadline, which requires Apple to allow developers to add buttons, external links, or other calls to action to direct users to third-party payment methods and platforms, remains.

As expected, Apple isn’t planning to roll over that easily. The company now claims that adding support for these links is a mammoth engineering task that might not be met by the said deadline.

“This will be the first time Apple has ever allowed live links and other payment methods in an app for digital content. It’s going to take months to figure out the engineering, economic, business, and other issues,” said Apple attorney Mark Perry. “It is exceedingly complicated. There have to be guardrails and guidelines to protect children, to protect developers, to protect consumers, to protect Apple. And they have to be written into guidelines that can be explained and enforced and applied.”

As such, Apple is set to appeal this decision and argues that in the meantime, it doesn’t need to do anything in line with that ruling. In a statement, Apple said:

“Apple believes no additional business changes should be required to take effect until all appeals in this case are resolved. We intend to ask the Ninth Circuit for a stay based on these circumstances.”

While this case might be a landmark ruling for many developers who are displeased by Apple’s bullish business practices that prove punitive to them, the fight doesn’t seem to be over, at least not yet.

We shall continue to keep an eye on this Apple move to refuse to allow alternate Payment Methods and update with new info as and when it becomes available, so stay tuned. 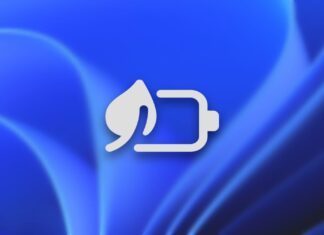