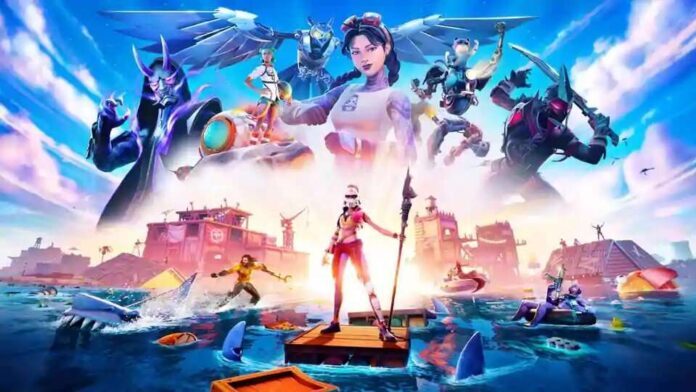 Fortnite, one of the most popular battle royale games, got kicked off from Google Play Store and iOS App Store. The ban took place over Epic games violating the app store’s policy. Now, Fortnite developers, Epic Games, is filing a lawsuit against both Apple and Google over app store bans. The company even released a video parodying Apple’s iconic 1984 video.

You may already be aware of this news and wondering what Epic games did to make Apple and Google mad. Here’s a quick lowdown.

So what exactly did Epic games and Fortnite do?

Epic Games has always had issues with Apple levying 30% for in-app purchases on the App Store. So for all purchases made in an app, Apple gets a 30% fee, which Epic games thinks is too much. Google also charges a similar fee for all in-app purchases.

Epic games tried to combat this and announced a mega drop sale through which you can purchase V-bucks (Fortnite in-game currency) at a whopping 20% discounted price. Now to avail of this discount, Epic games introduced a direct payment solution.

If you buy these V-bucks through Google Play Store or Apple App Store, you would’ve to pay the regular prices. But if you pick the direct payment option, there is a discount.

If you select Epic games direct payment option, the game will send you to a payment screen to pay through your credit card or using the PayPal payment option.

Currently, Google and Apple don’t allow direct payment for in-app purchases. And Epic games clearly violated app stores policy by implementing direct payment solutions. So this is is the reason behind policy violation and Fortnite getting banned on both app stores. Google, in this scenario, is more relaxed and mentioned that they are open to discussion with Epic Games to bring Fortnite back on Play Store.

However, you can still download Fortnite on Android through the Epic games app or Samsung’s Galaxy Store on Samsung devices. But for iOS users, there is no such option.

It will be interesting to see the battle between Epic games and Apple. However, it looks like Epic games already planned this before suing Apple as they did instantly released the parody video and had a 60+ pages lawsuit ready just moments after the ban.

Anyway, that’s all from us. What are your thoughts on this situation? Share them with us in the comments below.