Samsung Galaxy S22 Series to Launch Around the End of 2021 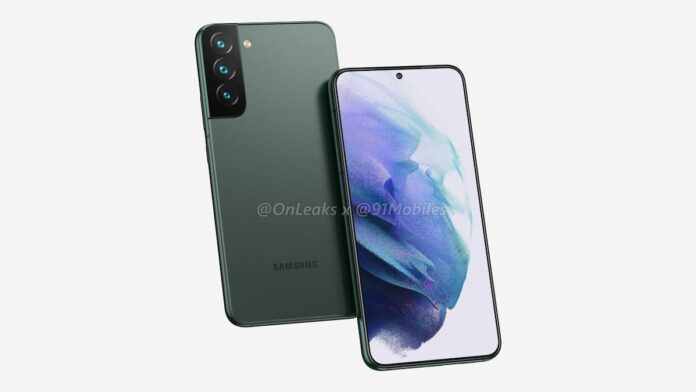 The Samsung Galaxy S21 series introduced a slew of new features and improvements, including support for up to 100X space zoom, the Exynos 2100 chipset, and a 120Hz OLED display. However, it has been a while since the S21 series was launched, and fans are now anticipating the release of the Samsung Galaxy S22 series. The Galaxy S22 series has already been the subject of internet leaks.

According to certain online rumours, Samsung may release the Galaxy S22 series by the end of 2021 or the beginning of 2022. According to the report, the device will be available within a few weeks of its debut. It will most likely be commercially available as early as the first week of January 2022. Further, the alleged renders of the next Samsung Galaxy S22 series smartphones have already surfaced online.

Apart from that, we don’t have much to go on. However, the Galaxy S22 series is said to be powered by Exynos 2200 or Qualcomm’s upcoming 898/895 flagship chipsets, which can vary based on the region. The series will equip a quad or triple rear camera system and come with One UI 4.0 out of the box.

Moreover, Indian variants may get the Snapdragon-powered Galaxy S22 series for the first time, while the US may receive the Exynos variant.