The Unfolder
HomeGamingCrossfireX crossplay: does CrossfireX have crossplay? 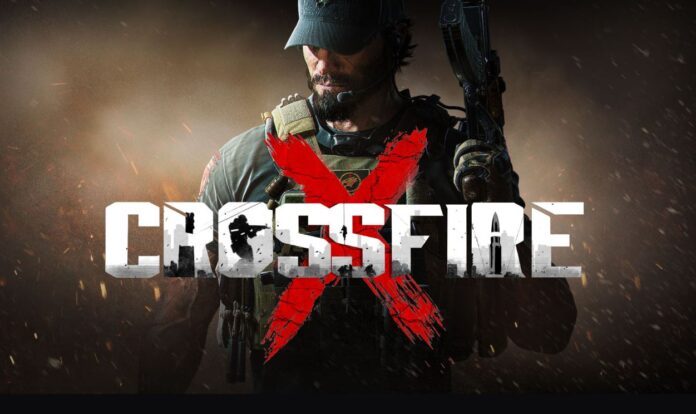 CrossfireX has now been released after a waiting period of more than a year.

The developers had to delay the release of the game due to the COVID-19 pandemic. So it’s only natural that players are excited to play CrossfireX.

The Crossfire series made its debut in the year 2007 when it was touted as an alternative to games like CS: GO, Doom and Battlefield. It was successful back then since over one billion players across eighty nations enjoyed its fast-paced gameplay.

CrossfireX is the sequel to that game and offers to bring the same gameplay experience to console users. This is also the first time that developers have added a single-player mode to the game with a story for players to explore. But many people are still wondering if the game supports multiplayer and whether it offers crossplay functionality so they can enjoy it with their friends?

In this guide, we will tell you whether CrossfireX supports crossplay functionality or not.

Is CrossfireX available for other platforms?

Currently, the game can only be played on Xbox consoles. This is kind of unfortunate since it will restrict the game’s player base as well as its sales in the market.

Many players have been waiting for the game to be available on PC and other platforms so they can enjoy it with their friends.

While this isn’t the first time console exclusivity has hurt the sales of games and disappointed potential buyers, it was widely expected that the CrossfireX would be released on PC since Microsoft collaborated with Smilegate for the development of the game.

Microsoft considers the PC market to be equally important and has made efforts to release all Xbox exclusives for PC as well. Unfortunately, this doesn’t seem to be the case for CrossfireX since it will be only available for Xbox consoles.

There have been no plans or announcements made to port the game to other platforms for now, but there is still a small chance that it might happen in the future.

Also read: How to Download and Play Netflix Games on Android

PC gamers can still rejoice at the fact that another Crossfire game will be released this year. Crossfire: Legion, which is a real-time tactical strategy set in the same universe as CrossfireX, will be available on Steam for players in 2022.

Players can enjoy the game with their friends if they have Xbox One or newer Series S and X. However, there is no crossplay support between consoles and PC.

The reason behind this is the fact that CrossfireX isn’t currently available for PC users.

Even if the game gets released on PC, many players are not comfortable competing with PC users since they have the advantage of using a mouse and keyboard as opposed to a controller.

In a first-person shooter where accuracy and timing are important, most gamers prefer a mouse to shoot instead of a controller, especially in multiplayer mode.

Currently, crossplay functionality is only available for players on the Xbox consoles. This can be useful if you are looking to play multiplayer matches with your friends, as it will result in faster matchmaking.

The availability of the game on Xbox Gamepass is another advantage as it makes the game accessible to a larger audience.

Also read: How to reset graphics driver on Windows 11

It is also worth noting that the multiplayer part of the game is completely free-to-play, so you can download it right away and enjoy it with your friends without spending any money.

Is CrossfireX coming to PC in the future?

At this point, there are no official plans or announcements made by the developers to bring the game over to PC.

Microsoft has said that it will be exclusive to Xbox for now, but given the fact that the company has been releasing all its games on PC as well, there is a small chance that the game might make its way over to the platform.

That’s all you need to know about the support of crossplay functionality on CrossfireX. So go ahead and enjoy the game with your friends. In case of any doubts, feel free to ask them in the comment section below.

Netflix Games is set to debut today for users on Android

Roblox back after three days, says outage was not due to the Chipotle event

9 Best Soundboards for Discord in 2023