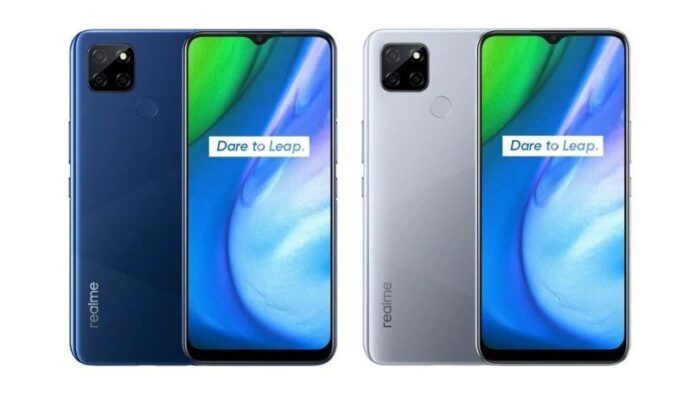 Realme has launched its cheapest 5G offering smartphone Realme V3 in China on September 1. The Realme V3 is powered by an octa-core MediaTek Dimensity 720 5G chipset and comes in three RAM variants and two-colour options. It packs a 5,000 mAh battery that supports fast charging.

The Realme V3 is powered by a 5,000 mAh non-removable battery that supports 18W fast charging. It has a USB Type-C port for charging and connectivity.

Realme V3 is expected to arrive in December in India.