The Unfolder
HomeMobileTop 5 PUBG Mobile alternatives to play in India 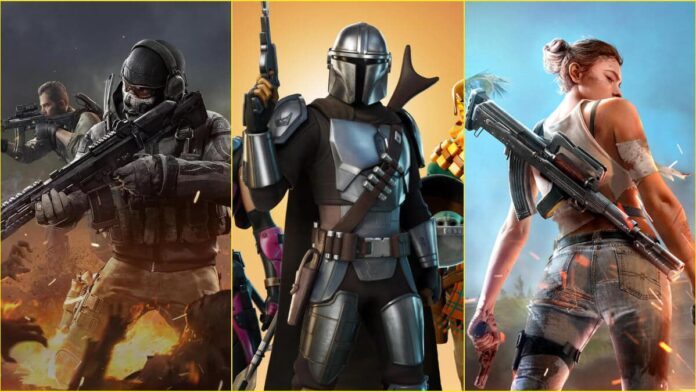 PUBG Mobile had been one of the most popular games in India until it was banned. The game was downloaded over 100 million times from Google Play Store. According to an estimate, PUBG Mobile had over 40 million daily active users in India.

However, the Government of India decided to ban PUBG and 117 other Chinese apps over privacy concerns. This decision was heart-breaking for thousands of PUBG Mobile game lovers in India.

So, here we compile a list of some of the best alternative games for PUBG Mobile.

Call of Duty series has been a popular choice among PC and console players. However, last year, in October, the mobile version of Call of Duty arrived. This game proved to be a tough competitor of PUBG Mobile with its high-quality graphics and different multiplayer modes.

It has been downloaded over 170 million times across Android and iOS platforms. However, it always had been one step behind PUBG in terms of gameplay as well as popularity. However, in the non-PUBG Mobile era, it is one of the best alternatives for PUBG Mobile lovers.

It has almost similar game modes such as Battle Royale, Fast 5v5 Team Deathmatch, and Sniper vs Sniper Battle. It has some modern weapons and stylish combat skins, which provides more options in gameplay than PUBG Mobile.

Free Fire is a mobile multiplayer game available on Android and iOS platforms. It has gained immense popularity recently and has been downloaded over 500 million times from Google Play Store. The game was released in 2017 by a Singapore-based developer.

Fortnite is a free-to-play Battle Royale game with numerous game modes for every game player. It is more popular on PCs and gaming consoles. For mobile, it was initially released on the iOS platform. However, it was released for the Android platform later on, and soon, it became quite popular.

The gameplay of Fortnite has more cartoonish animation than PUBG Mobile, and it seems less realistic. Also, Fortnite can be played only on high-end smartphones.

It has many in-game avatars and customizations available similar to that of skins and looks in PUBG Mobile.

Last Day on Earth: Survival is a survival game based in a post-apocalyptic world. This game is set in 2027, in which the world saw an outbreak of an unknown infection that destroyed almost all the human race. All those who died of infection started turning into zombies, and those few survivors that have resistance in their blood are trying to survive on the ruins of the once great world.

The game has various weather conditions and event locations. It has an online location where, with a special costume, you will be able to interact with other players. The size of the game is about 400 MB on Google Play Store.

It is more of an Arms combat game than a Battle Royale. The players in the game use a jetpack to fly and then shoot other players using the weapons found on the map.

The game has both online modes as well as a local multiplayer mode. It has several different maps and weapons. The game is a light app of about 45 MB in size on Google Play Store and is also available for the iOS Platform.

So these are some of the best PUBG Mobile alternatives you can play right now. We hope you will find one of these games entertaining while in the absence of PUBG Mobile.

So, which battle royale game are you interested in playing? Or, if you think that we have missed anything, do let us know in the comments below.

Looking for the best PUBG Mobile alternatives to play in India? Here are the best multiplayer games you can try on Android and iOS.