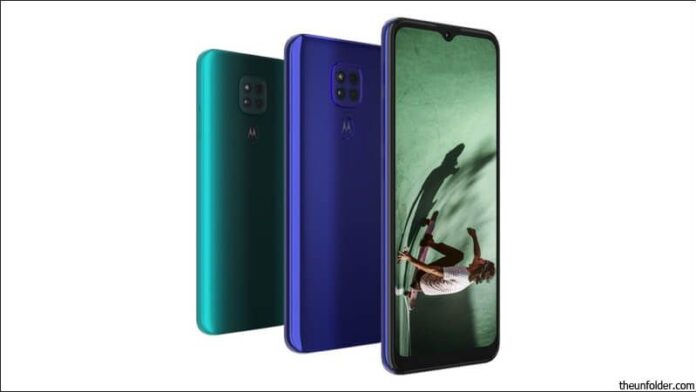 Motorola has launched a new smartphone under the budget Moto G series in India – Moto G9. The smartphone is powered by the Snapdragon 662 chipset and is equipped with 4GB RAM and 64GB storage. It will be available for purchase via Flipkart. Sales start from 31 August in India.

Let’s take an in-depth look at the price, specifications and availability of the Moto G9.

Moto G9 comes with a 6.5-inch IPS TFT LCD, HD+ display with a waterdrop notch. The smartphone is powered by Qualcomm’s Snapdragon 662 chipset along with Adreno 610 GPU. It offers 4GB RAM and 64GB of internal storage. The storage can be further expanded up to 512GB via a microSD card.

In the camera segment, Moto G9 features a triple rear camera setup that includes a 48 MP primary camera, a 2 MP depth sensor and a 2 MP macro lens. On the front, it offers a single 8 MP camera for selfies.

It houses a 5,000mAh battery with support for 20W TurboPower fast charging, and it runs on Android 10. It also comes with a rear-mounted fingerprint scanner, face unlocks feature, water repellence, and NFC.