The Unfolder
HomeLeaksRealme Q2 teased online, might be a flagship series

Realme Q2 teased online, might be a flagship series 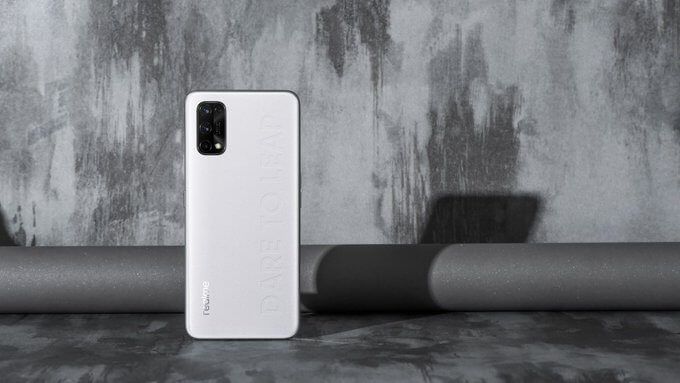 Chinese tech company Realme has teased a new smartphone Series-Q. Xu Qi Chase, the vice-president of Realme, shared the design of a new smartphone – Realme Q2 on the Chinese social media platform Weibo. In the post, he also announced that Realme would soon be launching Realme Q2 and Realme Q2 Pro in China.

According to some leaks, it is expected that the Realme Q2 and Realme Q2 Pro will be launched on 13th October in China. Realme Q2 Series will have a leather finish with “Dare to Leap” at the back.

According to some leaks, the Realme Q series is going to be a flagship-level series. Hence, it will feature the top specs in its price segment.

The Realme Q2 will have a 6.43-inch Full-HD+ AMOLED Display with an aspect ratio of 20:9. The phone will have a punch-hole camera on the 120Hz refresh rate display. It is expected that it will feature a 2.4Ghz octa-core processor. The phone will run on a 5G chipset; however, the name is not confirmed yet. The phone will come in two RAM and storage variants – 6GB/ 128GB and 8GB/ 256GB.

On the rear, it will feature a quad-camera setup with a 48MP primary sensor, an 8MP ultra-wide sensor, a 2MP macro sensor, and a 2MP depth sensor. On the front, it will have a 16MP selfie camera on the hole punch.

The Realme Q Series is expected to have a leather back finish with the motto “Dare to Leap.” The Realme Q2 might have a Grey colour variant.

For security, the Realme Q2 will have an in-display fingerprint sensor and also support face unlock.

The Realme Q2 will have a 2100mAh dual-cell battery, i.e., 4200mAh with 65W fast charging support. The Realme Q2 series will be the first Realme Series to feature Realme UI 2.0 based on Android 11 out of the box.

The rumoured launch date of the Realme Q2 series in China is 13th October. There is no information about its launch in India till now. However, we can expect that it will launch in India but with a different name.