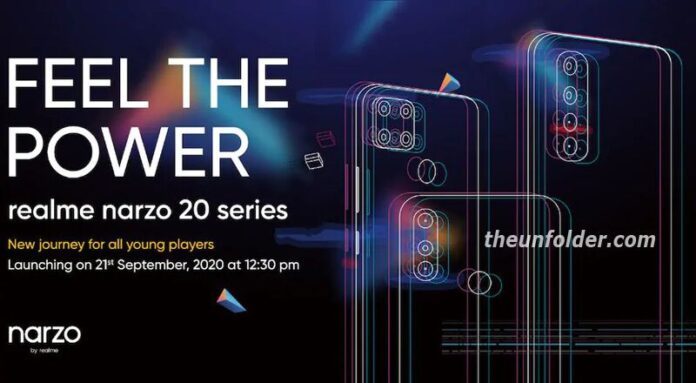 Realme is all set to launch its next iteration of Narzo devices called the Narzo 20 series. The launch date for the upcoming Narzo 20 series has just been confirmed through a launch invite sent by Realme itself.

Additionally, the poster reveals that the Narzo 20 series will be launching on September 21 at 12:30 pm (in India).

The launch event will be streamed on Realme’s official YouTube channel and social media accounts.

We also got a chance to look at some Realme goodies. Take a look at it yourself.

Both the smartphones will be launched in Victory Blue & Glory Silver colour options.