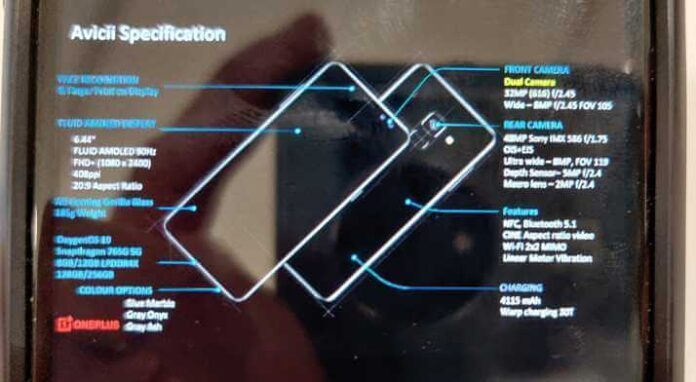 OnePlus Nord specifications leaked ahead of its launch event on July 21. We already had a good idea of what to expect from the upcoming smartphone from OnePlus, and our speculations came true, as the full specs list has just been leaked.

A well-known leaker Evan Blass tweeted, showing off the image of OnePlus Nord specifications, which came from a virtual Nord training presentation. It shows that the phone will be available in three colour options: Blue Marble, Gray Onyx, and Gray Ash.

According to the leaks, the OnePlus Nord will feature the Snapdragon 765G 5G and run on OxygenOS 10. The screen is said to be a 6.44-inch 1080 x 2400 Fluid AMOLED display with a 90Hz refresh rate and a 20:9 aspect ratio. OnePlus has confirmed through an Instagram post that Nord will come with an AMOLED display.

Earlier, a promo page on Amazon.in revealed, there may be a higher refresh display which is now confirmed by the leaks.

The OnePlus Nord is set to launch on July 21 officially. Till then, we will keep you updated on any new news and rumours.