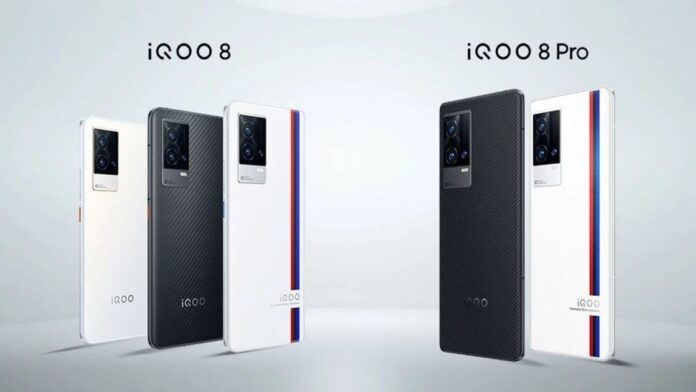 A few months ago, iQOO launched the iQOO 8 series in the Chinese smartphone market. Consisting of the iQOO 8 and the iQOO 8 Pro, the two models were rumored to be released in India sometime in December.

But according to a recent tweet by the leakster Debayan Roy, it looks like the iQOO 8 series won’t be coming to India after all. While the reason is still unclear, many speculate that iQOO is doing it because of global chip storage.

The news comes after it came to light that the iQOO 8 Pro had received its Indian BIS certificate, hinting that the December launch was imminent. However, since iQOO itself hasn’t said anything on the matter, it’s best to wait for an official statement before drawing any conclusion.

Talking about the specs, the iQOO 8 comes with a 6.56-inch AMOLED FHD+ display alongside a 120Hz refresh rate. Running on Snapdragon 888, the phone has 12GB of RAM and features 512GB UFS 3.1 internal storage.

Coming to the camera department, the phone features a triple camera setup with a 48MP main sensor backed by 13MP ultra-wide lens and a 13MP telephoto lens. Indian smartphone enthusiasts who were looking forward to the release of the iQOO 8 series this year will be disappointed if this turns out to be true.

How to find the real IP address of a website behind...