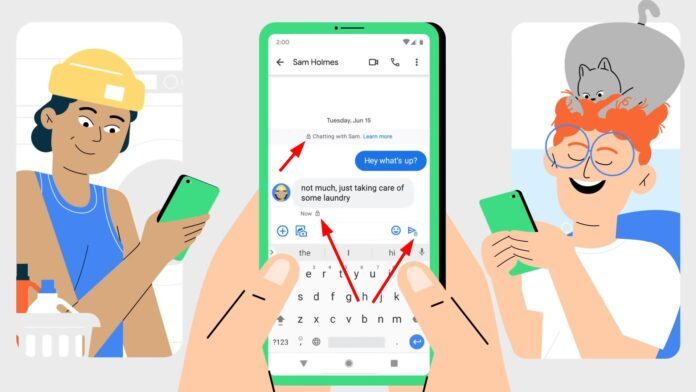 In the unending battle of the titans, iOS vs. Android, there are a few key points that keep users stuck and rallying for their preferred side. One of the selling points for iOS and Apple fanboys has been iMessage and its associated convenience and integration.

For the uninitiated, think of iMessage as a cross-breed of SMS and Instant messaging services like, say, WhatsApp or Telegram. All iPhone users are registered on iMessage and, as such, are able to seamlessly text their iOS peers with rich messages at no carrier cost, complete with nice blue bubbles. Everyone else (Android users) gets SMS with its green bubbles in Chat.

On this other camp, things are beginning to take shape with the introduction of RCS, SMS’ spiritual successor, with many of the rich text features offered by iMessage and Instant messaging platforms like WhatsApp. There have been challenges with harmonizing a unified platform as Android is a diverse ecosystem, with each OEM doing its own thing.

Google’s Messages has proved to be a solid choice and equivalent to iMessage, and today, many OEMs are ditching their own efforts in favor of Google Messages, effectively building a massive iOS equivalent with as many Android users as possible being on board. Added bonus is that it is easy for any Android user to get on board as the process involves downloading and installing Google Messages from the Google Play Store and using it as your default SMS app.

So now, we have these massively opposed camps, Android users with their RCS and iPhone users with their iMessage. Naturally, these two shouldn’t be interoperable, but just like world peace isn’t exactly a far-fetched idea, these two camps can now play nice with each other.

This, as news reports have it that in Google Messages latest beta, iMessage reactions now appear correctly.

In the Google Messages Beta app teardown, there’s a string called “ios_reactions_mapping.” This, according to reports, does help the system to correctly transliterate these reaction messages from iMessage users. As seen on the attached screenshot above, tapping and holding reactions for details indicates that the message has been “Translated from iPhone.”

Admittedly, complete interoperability might not exactly be in the picture right now, but it is such little steps towards the right direction that help to bridge the gap. Maybe if this continues, we will have a world where these services are just a little better integrated for users not to feel the divide that is iMessage vs. Google Messages.