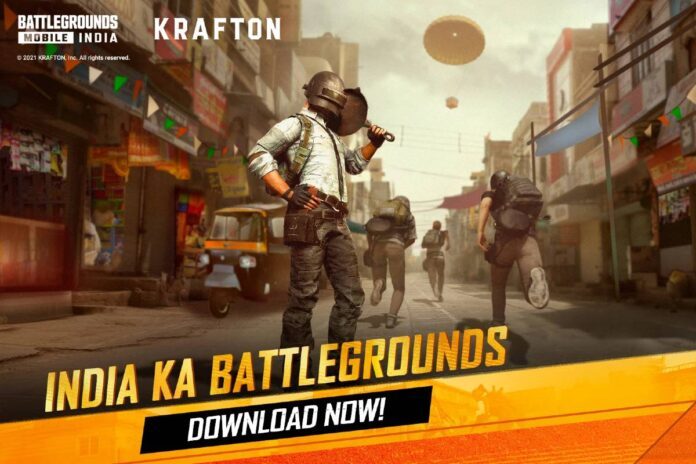 The Indian version of the most awaited battle royale game – PUBG, named Battlegrounds Mobile India (BGMI), is now available for beta testers as a part of the early access program.

It is available to users who have pre-registered. However, the Indian parent company of the game- Krafton, has revealed that it is available only for selected users who join as beta testers. More than 20 million users had pre-registered for the game after the registrations went live on 18th May.

The game is currently available to a handful of people as the game is not officially launched for public users. However, if you are eager to get your hands on the BGMI and want to play it now, you can do so.

In this article, I will show you step-by-step how you can download the game from Google Play Store and enjoy the day.

We all know that Battlegrounds Mobile India (BGMI) is the same game as PUBG MOBILE, but with an Indian touch. There have been some minor modifications in the game made accordingly, and also users are made more aware of the time spent on the game through various pop-up alerts. But first, let’s hop on how you can install and play the game yourself and find out the differences.

How to become a BGMI Beta tester

If you had pre-registered for the game on Play Store, you have to go and register yourself as a BGMI beta tester. You can head over to the beta register page by clicking here.

After registering yourself as a Beta tester, you will see something like this-

It says that now you can download the game from the Google Play Store. It also tells that you can leave the Beta testing program anytime and switch to the public version of the game when it’s available.

After registering yourself as a Beta Tester, head over to the Google Play Store and search for the game as Battlegrounds Mobile India or simply BGMI. You will see that you have the option to download the game.

The size of the game is about 610 MB on the Play Store. However, after installation, once you open the game, it requires an additional 600 MB – 700MB to download the game resources and start the game. If you wish to download all the resource packages and skins, much more data would be required.

One important feature you get in the beta version of the BGMI is that you can log in with the same account you had in PUBG, and all your previous data will be restored along with purchases, skins, and rank tier. However, it is not sure if it will be available in the main release of the game. But the hopes are high after this first step.

How to remove BGMI Beta tester

Now, suppose you are playing the game as a Beta Tester. What about when the BGMI game is officially launched and available publicly? Well, worry not, as you can play that too easily. Krafton and Google Play Store have clearly mentioned that you can opt out of the Beta program anytime on the Beta Registration page.

We will keep you updated regarding any major developments. Till then, become a Beta tester and enjoy the game!