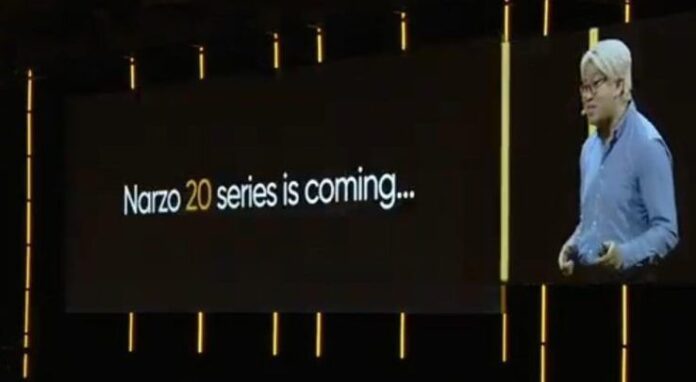 Realme is all set to launch its next iteration of Narzo devices called the Narzo 20 series. As per a tipster, Realme will launch three new devices under the Narzo 20 Series, namely, Narzo 20, Narzo 20A, and Narzo 20 Pro, on September 21.

Narzo 20 series specifications have been leaked by a tipster named Himanshu. The leaked information reveals that the Narzo 20 will come in two storage configurations – 4GB + 64GB and 4GB + 128GB. Narzo 20A will be available in 3GB + 32GB and 4GB + 64GB storage options.

Both the smartphones will be launched in Victory Blue & Glory Silver colour options.

The Narzo 20 Pro will come with 6GB + 64GB and 8GB + 128GB storage options. It will be launched in Black Ninja & White Knight colour options.

Furthermore, a tipster revealed that the Narzo 20 Pro would be powered by the Mediatek Helio G90T chipset and pack a 5,000mAh battery with 30W ‘Dart’ charging support.

The three Realme Narzo 20 smartphones are said to launch on September 21.

Realme is yet to make an official confirmation on the same.