The Unfolder
HomeAndroidOnePlus to bring Always On Display with Android 11

OnePlus to bring Always On Display with Android 11 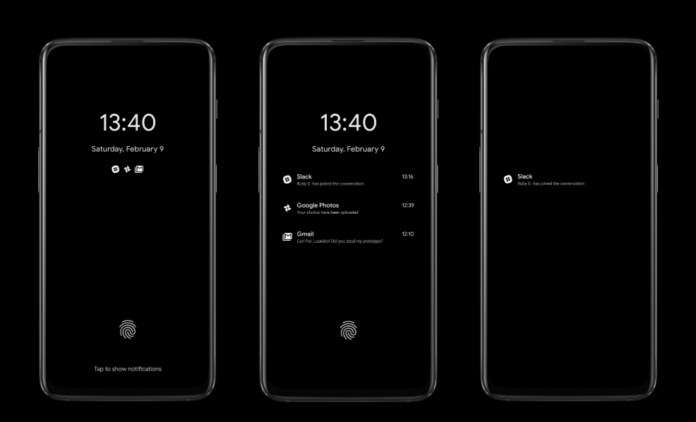 Oneplus has been in the news for the past couple of weeks for some good reasons. Their recent developments included the OnePlus Nord, the OnePlus Buds, AR launch, and not just these two phones but possibly several more phones are lined for this year. Adding to the recent streak of big news, Pete Lau, the man behind OnePlus, tweeted something that hints at an upcoming feature.

Pete Lau took to Twitter to hint its users about an upcoming Always on Display feature. The tweet was not too hard to decipher, especially by the fans. Take a look at what he said:

This clearly hints at an all-new Always On Display feature integration with the existing OnePlus devices. Android 11 is around the corner, and it won’t take much longer to hit OnePlus devices. With a clean and highly feature-loaded OxygenOS, we will see a more revamped Always On Display which earlier used to be just a mere clock interface. Huawei is already in the game with their advanced AODs, but OnePlus isn’t too far either.

The chances of the OnePlus 5 series getting this feature is very bleak as it has already been 3 years since the series was launched. OnePlus only provides updates for 3 years, and by the time Android 11 finally starts hitting, it will be too late for the OnePlus 5 series.

Tell us what you think about OnePlus’ Android 11 Plans and the new features in the pipeline.