The Unfolder
HomeAndroidOnePlus Nord: Lite version in the box?

OnePlus recently picked up the heat with their Nord series’ AR Launch event. A physical invitation is also being offered for a 100 bucks. The promotion and fan-oriented setup helped OnePlus increase the hype on social media. People took this to twitter and as a result, OnePlus is everywhere now!

But is OnePlus Nord the only device coming next week? Or is there a lite version too? Well, going by the leaks, there was a device that caught attention on the internet. Here’s what a tipster explored on the Geekbench list:

The device mentioned here from OnePlus’s pool could possibly a lighter version of the upcoming Nord device. We can clearly tell the CPU used is the Qualcomm Snapdragon 765 or 765G with 8 cores which actually is a decent processor.

Not only the CPU, but the GPU has also been tipped to be Adreno 609. Now, this GPU was earlier packed with Snapdragon 690 and is considered a decent processor for the price point it gets offered at. To see how it fits with the 765 Processor we will have to wait a little longer.

OnePlus has kept its reputation well intact in the market with the quality service it provides. Most of the OnePlus devices will get 3 major OS updates. And, OxygenOS is welcomed graciously by the fans all across the group, so anything OnePlus offers at a price less than 26000 bucks which naturally will come up with Android 10 is something worth your attention because this could be even be upgraded to Android 13. OnePlus is not just about hardware but also software optimization.

We are not certain if it’s going to be the lighter version of the upcoming Nord or if it’s just another OnePlus offering, this will only come to light on 21st July. Till then, this news can be taken with a pinch of salt. See you after the launch event! 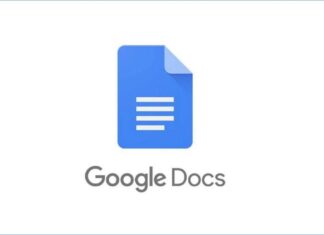 How to add a page in Google Docs on PC & Mobile