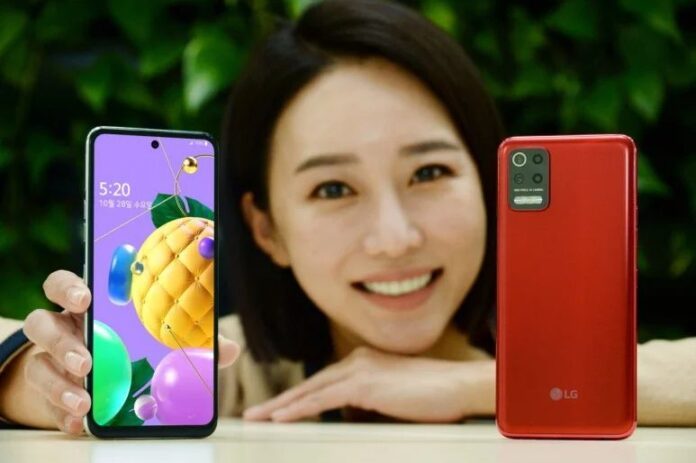 As the name goes, it has arrived as the successor to the LG Q51 phone that went official earlier this year. The LG Q52 is a mid-ranger with an impressive display, a 48-megapixel quad-camera setup, and a decent battery.

The LG Q52 can be bought in Silky White and Silky Red colour options. The handset has landed in South Korea with a price tag of KRW 330,000 (~ Rs 20,990) will go on sale in South Korea starting from October 28th.  It is unclear which other markets will be receiving the Q52.

The LG Q52 comes with a 6.6-inch IPS LCD punch-hole FullVision display that produces an HD+ resolution with a 20:9 tall aspect ratio. It has a central hole-punch design to accommodate its 13 megapixels selfie camera.

Over on the flip-side, a quad rear camera system will be housed within a squarish camera island. These cameras include a 48 megapixels primary shooter with f/1.8 aperture, 8 megapixels ultra-wide lens, 2 megapixels macro camera, as well as a 2 megapixels depth sensor.

The device packs a 4,000mAh battery with quick charging functionality. The LG Q52 comes preinstalled with Android 10 OS, and it has a side-facing fingerprint sensor.