BlackBerry will launch 5G phone with QWERTY keypad in 2021 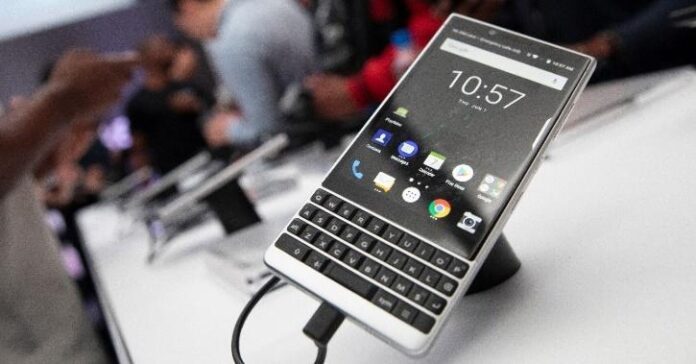 BlackBerry is going to make a comeback in 2021. The company plans to launch a 5G Android smartphone with a physical keyboard in the first half of 2021. It will be released in North America and Europe initially. BlackBerry has been famous for its high-level security.

The company can make a return to the mobile world with the help of Texas startup OnwardMobility. OnwardMobility, in partnership with FIH Mobile, a subsidiary of Chinese company Foxconn, will be producing new BlackBerry phones.

In 2016, a Chinese manufacturer, TCL, purchased the license from BlackBerry to use its brand logo. TCL started making phones under the name of BlackBerry in the year 2017. The contract between TCL and BlackBerry expires on August 31, 2020, and TCL has said that it is no longer interested in renewing the contract after not much success.

OnwardMobility, a security enterprise founded in March 2019, decided to step forward and use the brand name of BlackBerry.

In a press release, John Chen, Executive Chairman and CEO of BlackBerry, said, “We are excited that customers will experience the enterprise and government level security and mobile productivity the new BlackBerry 5G smartphone will offer.”

The only details of the new phone from BlackBerry are that it will be a 5G Android smartphone with a physical keyboard. However, it is expected that this new device will also have high-level security, for which Blackberry is famous. Again, this phone is said to receive long-term security support.

The 5G BlackBerry smartphone will be launched in the first half of 2021. It is expected that it will be aggressively priced to compete with Apple, Samsung, Google, and OnePlus.

Since it will not have flagship-level specifications, it will be a high mid-range phone that will be competing in the price segment of the current iPhone SE, Google Pixel 4, and OnePlus Nord.

The phone will be initially launched in North America and Europe. However, there is no information regarding its launch in other regions.